America's Got Talent Wiki
Register
Don't have an account?
Sign In
Advertisement
in: Accepted Acts, Acts, Male Singers,
and 3 more

Frank Dimitri, also known as Frank the Singer, was a singer act from Season 9 of America's Got Talent. He was eliminated during Judgment Week.

Frank Dimitri is a retired bartender from Black Canyon, Arizona. He began working as a bartender when he was 28 and retired when he was 69. He tends to stutter, a condition that hindered his confidence to perform in front of others.

Frank the Singer's audition in Episode 905 consisted of singing "I've Got the World on a String." Howard Stern, Heidi Klum, Mel B, and Howie Mandel all voted "Yes," sending Frank to Judgment Week. 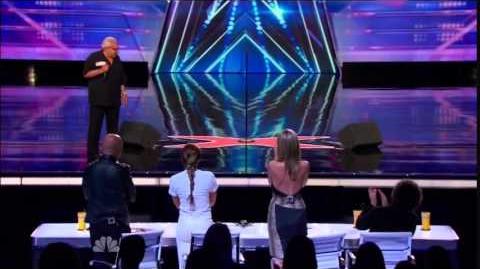 Frank Dimitri was sorted into the "Male Singers" category in Judgment Week. His performance in Episode 908 consisted of singing Frank Sinatra's "I've Got You Under My Skin." Frank's performance was not strong enough for the judges to send him to the Quarterfinals, eliminating him from the competition along with Aaron J. Field. 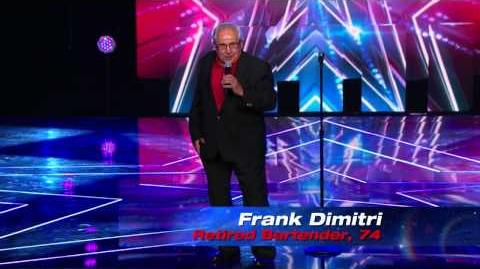