Front Pictures has been developing and implementing innovative visual solutions since 2003. Our team consists of experts in the field of video and interactive design, engineering, and software development. We create software and technical solutions for both the entertainment and education industries. Our work ranges from creating media content to building fulldome hardware, software, and architecture.

Starting in the realm of 3D graphics, Front Pictures entered the world of extreme high resolution video in 2005. We produced 5504 x 768 px content for Djuice Nokia Video Drive — a mind-blowing record at the time.

In 2009, our exploration of touch and tangible video interfaces resulted in a world tour with the futuristic “i.m. table” music instrument that we had created for Ukrainian DJ “The Maneken”. For that project, we used a combination of touch and projection technologies.

With the help of our unique Screenberry media server, Front Pictures pioneered 3D mapping and water-screen projection in Ukraine in 2009. This led to some of the projects that we are the most proud of - the festive architectural mapping on the belfry of St. Sophia Cathedral in Kyiv for the city’s 1530th anniversary and thegrand water-screen projection show “Swan Lake - The Fantasy” for the Roshen Fountain in Vinnytsia. We premiered in the world of fulldome environments at the KaZantip Rave Festival in 2010. There, we tested for the first time our digital calibration software for dome projection. We spent the next four years as technical suppliers of fulldome solutions. We strove to make projection systems more affordable, easier to use, and more environment-friendly. To that end, we developed a single server approach where just one machine can connect and output video to up to 72 projectors (3D/8K/60fps). This innovation enabled us to make more than 100 installations of our fulldome systems all over the world, including at the Kyiv Planetarium and Brno Observatory.

Using the same technology for a non-dome based surface, Front Pictures set the world record at the multimedia exhibit space A-Gallery in Kyiv’s Art-Mall in 2014. There, 52 projectors connected to a single computer to play a seamless 47,344 x 800 px video. We also created unique content for the A-Gallery’s shows such as “Renaissance. The Age of Genius”, “Avant-Garde – The Space of Color and Form”, and “Impressionism – All the Shades”.

In 2015, Front Pictures partnered with Freckled Sky to present a multimedia performance which combined live choreography and water-screen projection for the TV show “America’s Got Talent.” The stunning rain dance became the most viewed performance of the 10th season and was a huge hit on the Internet. In 2016, Front Pictures gained world fame once again with the stage visuals that we designed for Jamala’s winning performance at the Eurovision Song Contest.

In 2017, Front Pictures engineered and installed a projection system at South Korea’s first spherical projection theater Space 360. The installation can be considered a true VR theater of the future. When visitors step inside, they find themselves on a transparent, glass observation bridge, which crosses the sphere’s interior. A crisp 360 video projection around, above, and below the viewers fully immerses them as they stand and watch. They literally dive into a virtual world without having to use VR headsets. [1]

The performer in the act is Konstantin Tomilchenko, a Ukrainian dancer and choreographer. He has served as a judge on Everybody Dance!, the Ukrainian version of So You Think You Can Dance. [2] [3]

Front Pictures' audition in Episode 1303 consisted of performing a videomapping routine while detailing a story of a person who must escape a video game, breaking out of the corrupted game and venturing through the system before seemingly escaping, only to be pulled back in. Howie Mandel, Mel B, Heidi Klum, and Simon Cowell all voted "Yes", sending Front Pictures to the Judge Cuts. 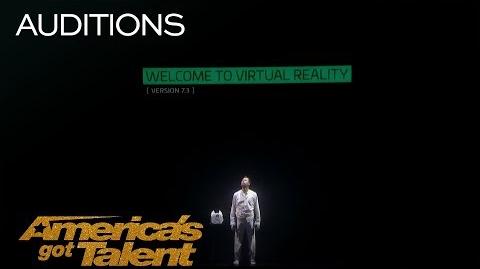 Front Pictures did not perform in the Judge Cuts round, but passed through to the Quarterfinals as a wildcard.

Front Pictures' Week 2 Quarterfinals performance in Episode 1313 consisted of performing a story taking place in a haunted hotel. Mel B and Simon Cowell gave them standing ovations. Front Pictures finished in sixth, seventh or eighth place in America's Vote. In the Dunkin' Save, they received fewer online votes than Makayla Phillips. In the Judges' Choice, Howie Mandel voted for them, but Mel B, Heidi Klum and Simon Cowell did not, eliminating them from the competition in Episode 1314 instead of Da RepubliK. 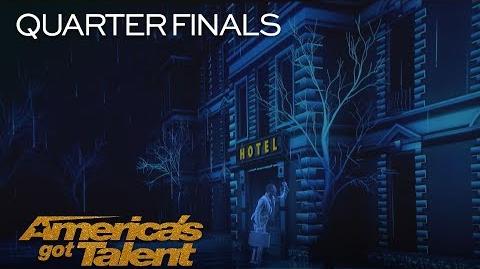 Front Pictures returned to the Semifinals as a Wild Card. Their Week 1 Semifinals performance in Episode 1317 consisted of telling a story about a journey through outer space. Simon Cowell buzzed the act, but Mel B gave them a standing ovation. The group did not receive enough votes to advance to the Finals in Episode 1318, eliminating them from the competition along with Junior New System instead of Zurcaroh. 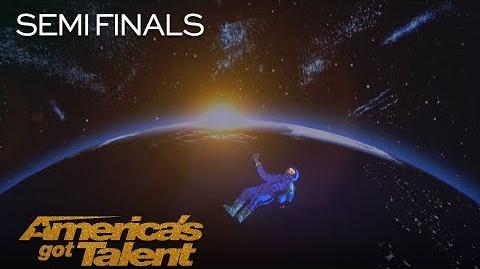 In 2019, Front Pictures competed on the World's Got Talent special held in China (under the name "Antigravity Show"). They were eliminated in the Preliminaries after being knocked out by Tulga.

In 2020, the group auditioned for Italia's Got Talent (once again as Antigravity Show).