Vegas Round
Funk Beyond Control was a dance group act from Season 7 of America's Got Talent. It was eliminated in the Vegas Round.

Funk Beyond Control (FBC) is an award-winning hip hop dance company from San Francisco, California. FBC was founded in 2005 by choreographer Darnell Carroll. Darnell has been dancing and teaching throughout the Bay Area and Northern California for more than 20 years. He is joined by two outstanding young co-directors, Mario Ponce and Bryce “BJ” Norris. FBC has mastered a unique performance style blending street, funk and high-energy hip hop. The company is made up of a very diverse group of young dancers, whose passion and talent inspire and entertain every time they hit the stage. FBC has held many titles in national competitions, including U.S. Hip Hop International, World of Dance and BattleFest 360. They perform at high profile events such as San Francisco Hip Hop Festival and many community events up and down the West Coast. 1

Funk Beyond Control's audition in Episode 702 consisted of dancing to "Get Up Offa That Thing" and "When I Grow Up." Howard Stern, Sharon Osbourne, and Howie Mandel all voted "Yes," sending the act to the Vegas Round. 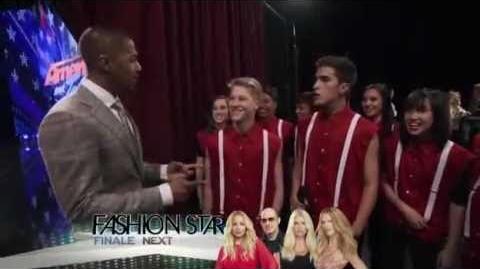 Funk Beyond Control was one of the Judges' Favorites in the Vegas Round. It was sorted into the "Dance Groups" category. Its performance in Episode 711 consisted of dancing to "Get Ur Freak On" with a wild animal theme. Its audition was not strong enough for the judges to send it to the Quarterfinals in Episode 712, eliminating it from the competition. 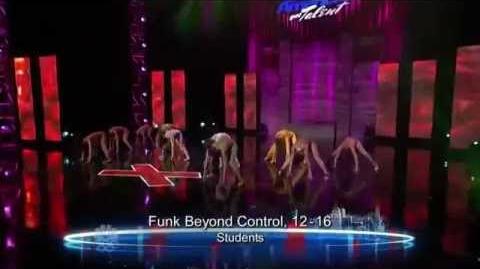