America's Got Talent Wiki
Register
Don't have an account?
Sign In
Advertisement
in: Acts, Accepted Acts, Season 3 Acts,
and 5 more

Giwayen Mata was an African dance group from Season 3 of America's Got Talent. It was possibly eliminated in the Vegas Round.

Giwayen Mata is the award-winning, dynamic, soul-stirring, all-female, dance, percussion, and vocal ensemble that celebrates the richness of traditional Afrika by exhibiting its exemplary art forms. The ensemble performs traditional, contemporary and original pieces that address issues pertaining to people of color, women, and the environment.

The seed for the ensemble was planted in 1991 when Ramatu Afegbua Mahmud Sabbatt organized "sistahs" for jam sessions in city parks of Atlanta. This was done in the spirit of the principles of Kuumba and Kujichagulia (Kiswahili words for creativity and self-determination). This experience allowed many of the participating women to hone their respective talents either individually or with performing companies.

While rehearsing for Celebration ’93, the ensemble sought a name that would embrace the spirit and principles with which it was seeded. Ramatu, a native of Nigeria, shared the Hausa term Giwayen Mata with the ensemble. The words literally translate as “Elephant Women”. Elephants live in matriarchal social structures, and the females are respected for their powerful yet gentle and nurturing nature. Leaders of women’s organizations in Nigeria are referred to as “the Giwayen Mata”.

Hailing from the US, Haiti, Senegal, and Ghana, Giwayen Mata represents women of international origins at various stages of womanhood. Collectively, they share more than 50 years of experience in modern, jazz, ballet, contemporary, Afrikan, Afrikan-American, and Caribbean dance forms, and sign language. Their backgrounds reflect multidisciplinary experiences as dancers, percussionists, choreographers, vocalists, thespians, poets, academicians, and lyricists. As women of color Giwayen Mata represents the groups of people from whom the art forms originated. 1

Giwayen Mata's audition in Episode 304 consisted of traditional African dance and playing the drums. At least two judges voted "Yes", sending the group to the Vegas Round. 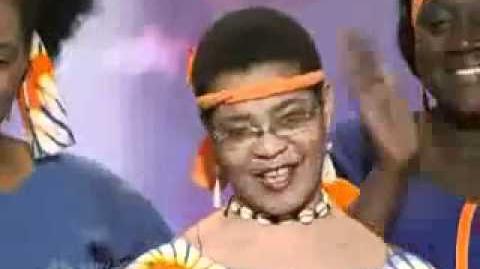 It is unknown whether or not Giwayen Mata was present during the Vegas Round as it was never seen, but even if it was, it did not advance to the Quarterfinals.