Auditions
Goowin's Balloowins was a balloon artist from Season 6 of America's Got Talent. He was eliminated in the audition round.

Allynn Gooen is a professional balloon artist who specializes in storytelling with his balloons.

Goowin's Balloowins's audition in Episode 610 consisted of using Nick Cannon as a witch in a castle in a story he told using balloons. Piers Morgan, Sharon Osbourne, and Howie Mandel all buzzed the act. At least two judges voted "No," eliminating Goowin from the competition. 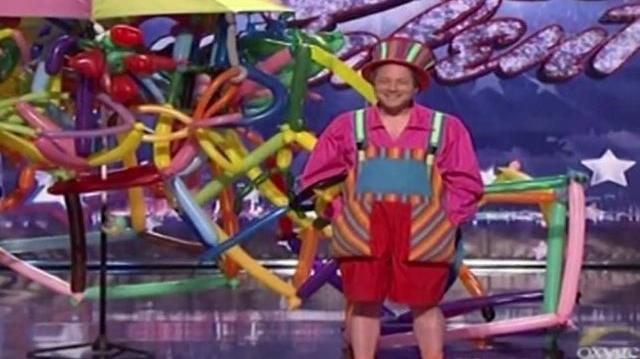