Judge Cuts
Greg Roe was a jumper act from Season 10 of America's Got Talent. He was eliminated before the Judge Cuts.

Gregory Roe (born Vladimir Demidov) was born in Moscow, Russia and adopted from an orphanage when he was 5 years of age by a Canadian family. At a young age, Greg showed an interest in sports after watching his older brother and seeing it on the television. His parents decided to enroll him in soccer, hockey, diving, and gymnastics.

He immediately fell in love with Gymnastics out of all the sports he participated in, as he was able to put his high energy level to good use while learning difficult skills in multiple events. Greg originally began his Gymnastics career at Gymnastics Mississauga when he was 5 years old. He later moved to Bramalea Gymnastics, where he trained for most of his Gymnastics career. After a few short years, Greg worked his way up to Provincial Champion in Level 6 and National Champion on Parallel Bars. During this time, he completed some cross training in the sport of Trampoline at the recreational level at Skyriders Trampoline Place, Canada's Olympic training facility and home base for Karen Cockburn, Jason Burnett and Rosie Maclennan. At the age of 17, Gregory retired from gymnastics to devote more of his time to focus on Trampolining. He excelled in the sport very quickly, gaining the title of National Open Champion in 2008. In 2012, Gregory placed third at the Olympic Trials in Gatineau, QC.

Greg is not only an athlete, but a student, coach and personal trainer. He graduated from high school in 2008 in Brampton, ON with a high interest in pursuing a career related to fitness, health and well-being. He applied to Humber College in Toronto, ON for their Fitness and Health Promotion program. After the two year program, he transferred to Guelph- Humber University into the Kinesiology program to obtain his Bachelors Degree. During the 2011-2012 school year at Guelph Humber, Greg began working with the 'Canadian Sports Center'.

When he is not training or at school, you can find Gregory coaching at Allstars Sport Center where he started the gym's first Competitive Trampoline program. Greg enjoys this opportunity to give back and work with many amazing young athletes. In June 2012, Halton Hills Gymnastics had its first Provincial Bronze Medal in the Provincial C Men 13 and over category in Competitive Trampoline from Martin Broadhurst of Georgetown, coached by Gregory Roe himself. As the small program continues to grow, Gregory looks forward to seeing more of his younger athletes move up to National Levels in the future. Similarly to his own coach Dave Ross, Gregory hopes to one day take some of his athletes to International competitions and possibly the Olympics. Due to his expertise and enthusiasm, Greg has been asked to provide personal training in the sport of Gymnastics, Tumbling and Trampoline. Currently, he provides personal training to help cheerleaders increase their tumbling skills, through both group classes and private lessons. He also helps competitive trampoline athletes looking to improve at a faster pace. [1]

Greg Roe's audition in Episode 1006 consisted of hopping off of a crane 180 feet in the air, falling with a triple front flip with a double twist into a giant airbag, and landing flat on his back. Howard Stern, Heidi Klum, Mel B, and Howie Mandel all voted "Yes," sending Greg to the Judge Cuts round. 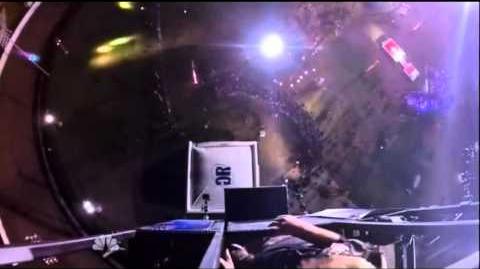 Greg Roe did not perform in the Judge Cuts round, meaning he either withdrew or was cut by the judges before this stage of the competition.