HYPE Step Team is a step team act from Season 9 of America's Got Talent. It was possibly eliminated during Judgment Week.

HYPE Step Team is from Winterville, North Carolina. It was founded in 1995 in by Mr. Willie Joyner. Mr. Joyner was a teacher at Enfield Middle School in Enfield NC and recognized the need to provide something extracurricular for the young men in the community. Present members are: Former active steppers and now Asst. Coaches Nick Reeve and Josh Gray, Steppers: A.J. Roberts, Raquan Smalls, Tyler Ebron-White, Chris Wallace, Davis Foreman. They have won many competitions, but pride themselves on being scholars in their classroom. Many of them are college bound with visions of going to UNC, Howard, and ECU to name a few. The group also believes strongly in supporting their community by mentoring their little brothers called HYPE Phase II. [1]

HYPE Step Team's audition in Episode 901 consisted of dancing and stepping as a group. Howard Stern and at least two other judges voted "Yes," sending the group to Judgment Week. 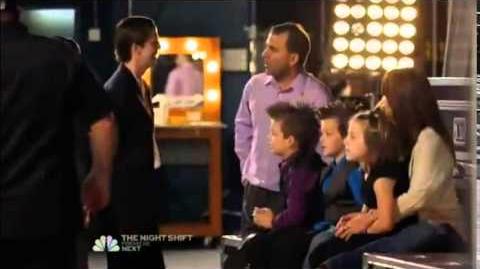 It is unknown whether or not HYPE Step Team was present during Judgment Week as it was never seen, but even if it was, it did not advance to the Quarterfinals.

Retrieved from "https://agt.fandom.com/wiki/HYPE_Step_Team?oldid=56972"
Community content is available under CC-BY-SA unless otherwise noted.