Judge Cuts
Helios Dance Theater was a contemporary dance duo act from Season 10 of America's Got Talent. They were eliminated before the Judge Cuts.

Helios Dance Theater, a Los Angeles based contemporary dance company, was founded by Laura Gorenstein Miller in 1996. Helios Dance Theater is here to highlight the spirit that speaks through all of us, in movement. The Theater collaborates with technically skilled artists from across the nation who can open themselves to a more intuitive movement vocabulary, creating pieces requiring not only skilled movers, but also those with the intelligence and courage necessary to experiment beyond the limits of formal dance training. [1]

The Helios Dance Theater duo that would perform on "America's Got Talent" is made up of Chris Stanley and Princess Mecca Romero. Chris is originally from West Virginia. He trained and received a BFA from the University of North Carolina at Greensboro. He has dancing with Helios as a principal dancer since 2010.

Princess Mecca Romero is a freelance dance artist living in Los Angeles. She has enjoyed growing as an artistic and virtuosic dancer with Helios Dance Theater for the past three years. With a Bachelors of Fine Art in dance and choreography from California Institute of the Arts, Princess has been fortunate enough to create and perform with diversely talented artists in New York and Los Angeles. Princess has a passion for healing through mindfullness, yoga, and creating contemporary art through performance and film. Traveling is also a passion of hers, and dance has allowed her to tour, performing and/or creating in Canada, London, and Germany. Princess is a multifaceted artist, a teacher, and life student certified in Yoga and Reiki. [2]

Helios Dance Theater's audition in Episode 1004 consisted of performing a contemporary/modern dance duet to Sam Smith's "Stay With Me". Howard Stern, Heidi Klum, Mel B, and Howie Mandel all voted "Yes," sending the duo to the Judge Cuts round. 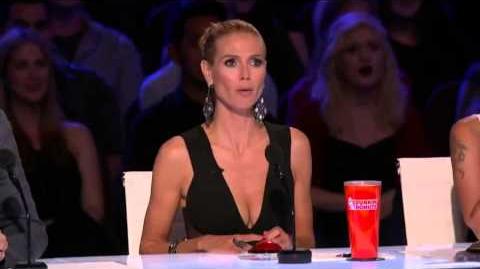 Helios Dance Theater did not perform in the Judge Cuts round, meaning they either withdrew or were cut by the judges before this stage of the competition.