Hershae Chocolatae was an impressionist singer and dancer act from Season 6 of America's Got Talent. She was eliminated in the Vegas Round.

Hershae Chocolatae's audition in Episode 606 consisted of impersonating Macy Gray and her singing and dancing. Piers Morgan buzzed the act. Although Morgan voted "No," Howie Mandel and Sharon Osbourne both voted "Yes," sending the act to the Vegas Round.

Hershae Chocolatae was one of the Judges' Favorites in the Vegas Round. She was sorted into the "Novelty Acts" category. Her performance consisted of impersonating Tina Turner and her singing of "Simply the Best." Hershae's verdict was not televised, but the judges immediately eliminated her from the competition, after the act. 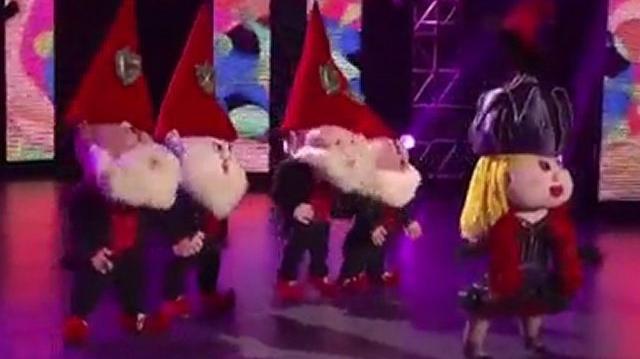 Retrieved from "https://agt.fandom.com/wiki/Hershae_Chocolatae?oldid=174475"
Community content is available under CC-BY-SA unless otherwise noted.