America's Got Talent Wiki
Register
Don't have an account?
Sign In
Advertisement
in: Acts, Season 1 Acts, Accepted Acts,
and 5 more

Semifinalist
Hoopalicious was a hula-hoop dancer act from Season 1 of America's Got Talent. She was eliminated in the Semifinals.

Hoopalicious's real name is Anna. Her father is a musician, and her mother is an activist.

Hoopalicious's audition in Episode 101 was never televised. It is unknown whether or not she was buzzed, but at least two judges voted "Yes," sending her to the Semifinals.

Hoopalicious's Semifinals performance in Episode 104 consisted of dancing with two hula hoops flute music. Piers Morgan (accidentally), Brandy Norwood, and David Hasselhoff all gave Hoopalicious "✓" votes. Hoopalicious did not receive enough votes to finish in at least second place in America's Vote, eliminating her from the competition in Episode 105 instead of All That and Taylor Ware. 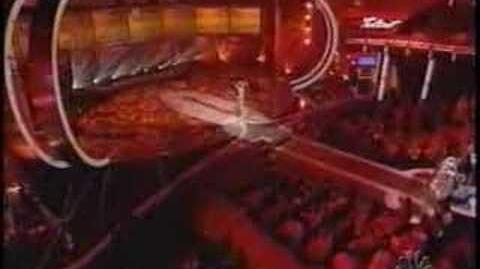