America's Got Talent Wiki
Register
Don't have an account?
Sign In
Advertisement
in: Acts, Season 13 Acts, Novelty Acts,
and 10 more

Human Fountains' audition in Episode 1301 consisted of spitting water, including into each other's mouths, while moving around to Il Divo's "My Heart Will Go On". Simon Cowell buzzed the act. Although Simon voted "No", Howie Mandel, Mel B, and Heidi Klum voted "Yes", sending La Fontane Umane to the Judge Cuts. 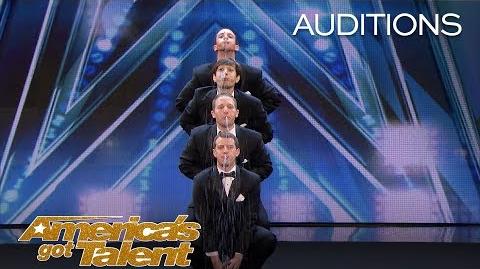 Human Fountains' Judge Cuts performance in Episode 1308 consisted of spitting raw eggs, orange juice, and water into each other's mouths. Howie Mandel, Mel B and Heidi Klum gave them standing ovations. Their performance was not strong enough to advance to the Quarterfinals, eliminating them from the competition along with Lioz Shem Tov. However, They was chosen as one of the Quarterfinal wildcard acts, reinstating them into the Quarterfinals. 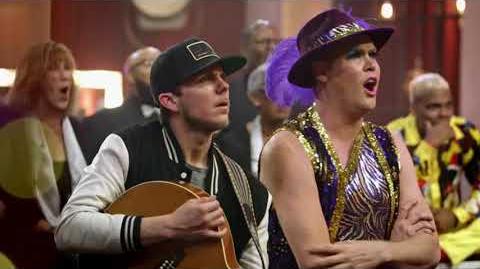 Human Fountains returned to the Quarterfinals as a Wild Card. Their Week 1 Quarterfinals performance in Episode 1311 consisted of performing a routine where they spit ketchup and mustard onto a hot dog that another member bit into. Simon Cowell buzzed the act. They did not receive enough votes to advance to the Semifinals in Episode 1312, eliminating them from the competition instead of Vicki Barbolak. 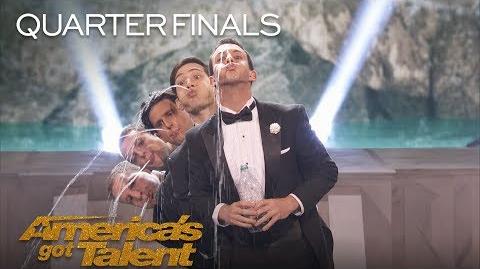 Human Fountains appeared on the fifth season of the Italian competition series Tu Si Que Vales which aired later in 2018. [3]

Human Fountains competed on Season 14 of La France a un incroyable talent, where they were eliminated in the Semifinals.