America's Got Talent Wiki
Register
Don't have an account?
Sign In
Advertisement
in: Acts, Accepted Acts, Vocal Duos,
and 3 more

Judge Cuts
Ilan & Josh was a beatboxer duo act from Season 11 of America's Got Talent. They were eliminated in the Judge Cuts.

Ilan Brownnstein, Is also known as "The Aleph Bass". From Ketchikan Alaska to Portland Oregon, and now in NYC, Ilan is a beatboxer for "The Y-Studs". For Ilan, Beatboxing isn't just about making funny sounds or 'phat' beats, it's a way of life. [2]

Josh, also known as the Orthobox is a New York City based beatboxer and Youtuber, making beatboxing tutorials and loopstation cover videos using nothing but his voice and a little bit of technology. He believes in music education and empowerment through sharing music with the world. He has opened for artists like Jessie J and the Chainsmokers. [3]

Ilan & Josh's audition in Episode 1106 consisted of singing and beatboxing Meghan Trainor's "All About That Bass". Howie Mandel, Mel B, Heidi Klum, and Simon Cowell all voted "Yes," sending the duo to the Judge Cuts. 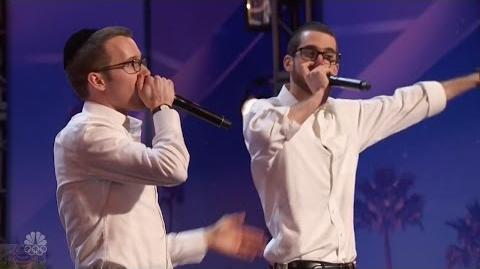 Ilan & Josh's Judge Cuts performance in Episode 1109 consisted of beatboxing. Simon Cowell commented that he thought their audition was stronger. Ilan & Josh's performance was not strong enough for the judges to send them to the Quarterfinals, eliminating the duo from the competition along with Al Ducharme, instead of Blake Vogt. 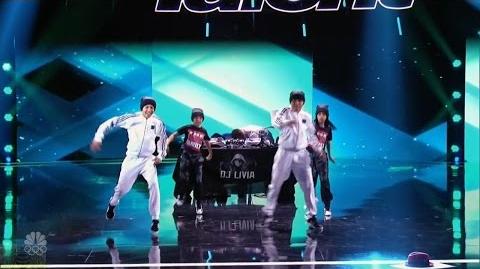