Quarterfinalist
Ishaara was a Bollywood dance group act from Season 4 of America's Got Talent. It was eliminated in the Quarterfinals.

Ishaara, made up of Sian Bentson, Meghna Bhatter, Neeraj Kohirkar, Shivani Mehta, Amlu Natesan, Shahil Patel, Prashant Shukla, Priya Tanna, Anwesh Thakur, and Nickesh Viswanathan is a co-ed Bollywood dance group that fuses the modern dance styles found in the movies of India's Film Industry with traditional dance that dates back thousands of years. The ten members of this troupe are all students who are either currently attending or recently graduated from the University of California, Berkeley. Competing together at state and national levels for the two years before their audition, they have built a strong camaraderie that has contributed to the energy and spirit they bring to the stage. They credit much of their success to the love and support of their families. After having spent endless hours practicing in parking garages and designing costumes by hand, they were ready to take their Bollywood production to the next level. [1]

Ishaara's audition in Episode 409 consisted of dancing as a group to "Jai Ho." Piers Morgan, Sharon Osbourne, and David Hasselhoff all voted "Yes," sending the group to the Vegas Round. 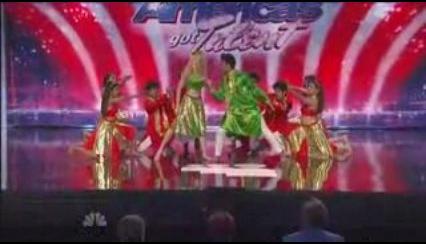 Ishaara appeared without performing in the Vegas Round. The group's audition was strong enough for the judges to send it to the Quarterfinals in Episode 412 along with FootworKINGz.

Ishaara's Quarterfinals performance in Episode 419 consisted of dancing as a group to A. R. Rahman's "Pappu Can't Dance." Ishaara did not receive enough votes to be sent to the Semifinals, eliminating the group from the competition in Episode 420 along with Matt & Anthony, instead of Recycled Percussion. 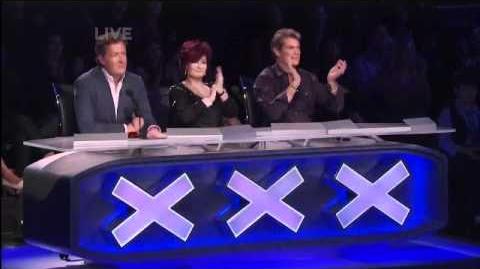 Ishaara in the Semifinals of NBC's "America's Got Talent!"
Quarterfinals Performance