Judge Cuts
Jamie Costa was an impressionist act from Season 10 of America's Got Talent. He was eliminated in the Judge Cuts.

Born in Charleston, SC, actor Jamie Costa has impressed the internet with his SNL-quality impressions on Vine and YouTube. After leaving the Citadel to pursue his passion for acting, he sharpened his dramatic and comedic skills throughout college, culminating in a prestigious internship at the Los Angeles Film Studies Center.

Interning at Double Feature Films (Contagion; DJango Unchained) through the LAFSC honed his producing and directing abilities which used on the short film Shifter-featured at several festivals in the Southeast. Jamie has starred in several viral YouTube videos including the Chalk Warfare series and the Wolverine Fan Film. His most recent work includes Heaven Bound and Shadows of Man. [1]

Jamie Costa's audition was never televised. It is unknown whether or not he was buzzed, but at least three judges voted "Yes," sending Jamie to the Judge Cuts round. 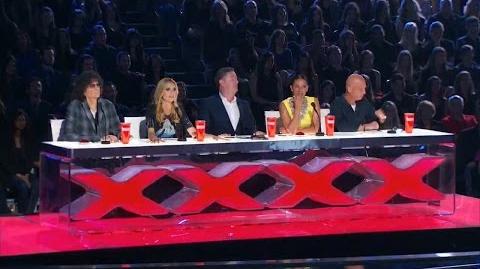