America's Got Talent Wiki
Register
Don't have an account?
Sign In
Advertisement
in: Acts, Magicians, Season 4 Acts,
and 8 more

At 18 years old, Jay Mattioli was hailed by the International Brotherhood of Magicians as a "Champion of Magic", becoming one of the youngest magicians to ever receive this honor. Then in 2006, Jay was awarded 1st Prize at the Society of American Magicians International Stage Contest of Magic. Jay is one of only a few magicians in history to receive 1st prize in both of these international magic competitions.

A native of New York but now based out of the Washington DC area, Jay's magic has appeared in over 20 countries including Hong Kong, Egypt, Kuwait, Qatar, Bahrain, England, and countless special events throughout the U.S. from Casino showrooms, to luxury cruise ships.

Jay creates many of his signature magic effects from the ground up. Everything from building props, costumes, music composition, choreography, Jay does it all. Jay performs magic with everything from live animals to levitating microphones as well as vaporizing effects.

Jay Mattioli's audition in Episode 403 consisted of creating the illusion of a microphone stand levitating. He then climbed into a box and appeared to be compressed into the bottom of the box. The box was then decompressed, and Jay climbed out of the box unaffected. Piers Morgan, Sharon Osbourne, and David Hasselhoff all voted "Yes", sending Jay to the Vegas Round. 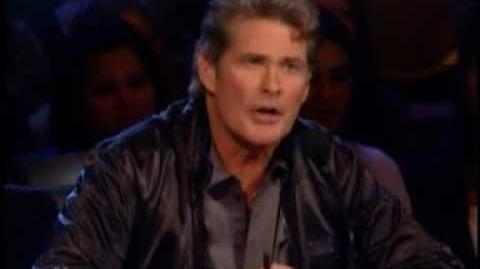 Jay Mattioli was one of the 25 acts eliminated in the first Vegas Round cuts in Episode 411, at the Las Vegas Airport.

Jay Mattioli was one of eight acts given a second chance in the competition after Simon Cowell expressed that he was unhappy with some of the eliminations the judges made. As a result, Jay was sent to the Quarterfinals.

Jay Mattioli's Quarterfinals performance in Episode 417 consisted of creating the illusion of two girls appearing in a box from nowhere, combining different-colored scarves into an American flag, changing his vest to resemble the flag, and making a dog appear from nowhere. Piers Morgan and Sharon Osbourne buzzed the act, claiming they had seen all his tricks many times before. Jay did not receive enough votes to be sent to the Semifinals, eliminating him from the competition in Episode 418 along with Dave Johnson, instead of Lawrence Beamen.