Judge Cuts
Jenna Renae was a singer/pianist act from Season 10 of America's Got Talent. She was eliminated in the Judge Cuts.

Jenna Renae is an up and coming singer-songwriter with the gift of story-telling through music. A singer from a young age, Jenna’s love of music developed when she was very young. At the age of 15, she began writing and performing her original music. John Mandeville, a producer with Artist Map, discovered her a few years later. He worked closely with her to form her craft and together in 2011 they released her debut album, Wishing. Wishing tells the story of heartache and happy endings through original words and music. A moving storyteller, Jenna Renae allows the listener to experience firsthand the emotions behind her music.

Since then, Jenna has performed at gigs around Rochester, N.Y. including the Texaco Country Showdown and the NY State Fair. Recently moved to Charlotte, Jenna is now plunging into the singer-songwriter scene in Charlotte. [1]

Jenna Renae's audition was never televised, but received two standing ovations from the crowd. All four judges voted "yes," sending Jenna to the Judge Cuts round.

Jenna Renae's Judge Cuts performance in Episode 1009 consisted of singing Elvis Presley's "Can't Help Falling in Love" while playing the piano. Jenna's performance was not strong enough for the judges to send her to the Quarterfinals, eliminating her from the competition along with Ryan Shaw, instead of Selected of God Choir. 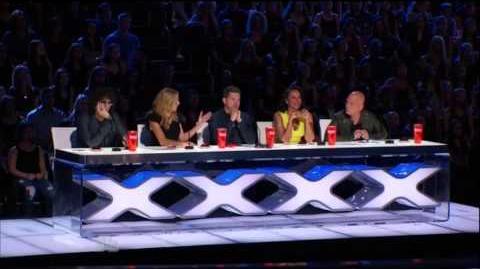 Jenna Renae competed on Season 15 of American Idol, where she was eliminated in the semifinals.