America's Got Talent Wiki
Register
Don't have an account?
Sign In
Advertisement
in: Acts, Season 12 Acts, Acrobats,
and 5 more

None
Jimmy Slonina was a comedy hand balancer act from Season 12 of America's Got Talent. He was eliminated in the audition round.

Fresh from the grand stages of Cirque du Soleil and touring the world as P!NK‘s concert host, Jimmy Slonina is an award-winning actor, physical comedian and voice talent. With over three million YouTube hits under his belt, he has become a sought-after character performer of the stage, screen and microphone. Jimmy has wowed hundreds of thousands in theaters big and small, including the Slipper Room, Barclays Center, and Madison Square Garden in NYC, Steppenwolf Theater and Chicago Shakespeare Theatre in Chicago, the O2 in London, the Rod Laver Arena in Melbourne, Australia, as well as more than a dozen Las Vegas showrooms. He has appeared in several critically-acclaimed films, commercials and videos. [1]

Jimmy Slonina's audition in Episode 1202 consisted of performing a hand balancing act with an inflatable dummy, which ended up deflating at the end of the act. Heidi Klum and Simon Cowell buzzed the act. Although Howie Mandel and Mel B voted "Yes", Simon and Heidi both voted "No", eliminating Jimmy from the competition. 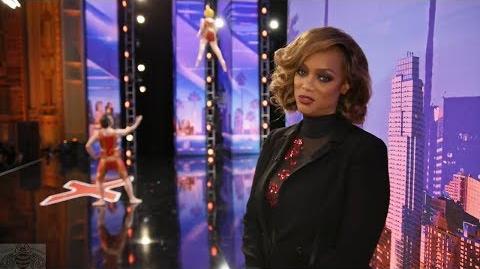