Judge Cuts
John Hetlinger was a singer act from Season 11 of America's Got Talent. He was eliminated in the Judge Cuts.

John Hetlinger is from Broomfield, Colorado. He retired about 15 years before his audition, about the same time he started doing karaoke. His most recent job involved Aerospace Engineering: he was the Program Manager for the Corrective Optics Space Telescope Axial Replacement (COSTAR) instrument designed to correct Hubble Space Telescope's spherical aberration. He was also a navy pilot. He has a wife younger than him by 19 years. 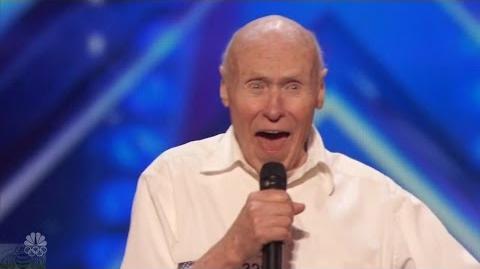 John Hetlinger's Judge Cuts performance in Episode 1110 consisted of singing Rob Zombie's "Dragula". Heidi Klum buzzed the act, but Simon Cowell gave him a standing ovation. John's performance was not strong enough for the judges to send him to the Quarterfinals, eliminating him from the competition along with Oksana Grishina, instead of Sos and Victoria Petrosyan. 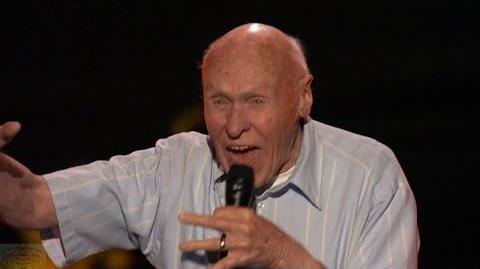 On July 15, 2016, John Hetlinger performed "Bodies" on stage with Drowning Pool themselves at the Chicago Open Air Festival. [1]

On July 16, 2016, John Hetlinger performed onstage with Drowning Pool at the Ink in the Clink Festival, in Mansfield, Ohio at the old Ohio Reformatory. After the show he received a Drowning Pool "prison tatt."