America's Got Talent Wiki
Register
Don't have an account?
Sign In
Advertisement
in: Acts, Accepted Acts, Male Singers,
and 11 more

Semifinalist
Johnny Manuel was a singer act from Season 12 of America's Got Talent. He was eliminated in the Semifinals.

Johnny Manuel is from Flint, Michigan. As a young child, he could not be pulled away from his radio and quickly began mimicking every note he heard coming out of the speakers. After covering a Run-D.M.C. song, he was signed to a record contract at the age of fourteen under the nickname Lil' Johnny. He was thrilled to be recording in studios and going on tour with famous artists. A couple of years later, however, he was dropped. As a 17-year-old, he locked himself into a room, depressed. He started working jobs in retail and other common jobs. He now hopes to return to the spotlight for a second chance while he presents himself and his music to the world. [1]

Johnny Manuel's audition in Episode 1205 consisted of singing Whitney Houston’s "I Have Nothing". Howie Mandel, Mel B, Heidi Klum, and Simon Cowell all voted "Yes", sending Johnny to the Judge Cuts. 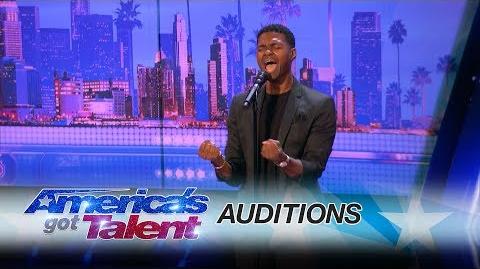 Johnny Manuel's Judge Cuts performance in Episode 1210 consisted of singing Stevie Wonder's "Lately". Mel B gave him a standing ovation. Simon then commented that he found the singing and lack of originality annoying. Simon then asked Johnny to sing thirty seconds of Whitney Houston’s "I Have Nothing", as he did in his audition. Mel, guest judge Seal, and Heidi Klum then gave him standing ovations. Impressed with the performance, Seal pressed his Golden Buzzer for Johnny, sending him straight to the Quarterfinals.

Johnny Manuel's Week 2 Quarterfinals performance in Episode 1213 consisted of singing Jennifer Holliday's "And I Am Telling You I'm Not Going". Howie Mandel, Mel B, Heidi Klum, and Simon Cowell all gave him standing ovations. Johnny received enough votes to advance to the Semifinals in Episode 1214 instead of Demian Aditya. 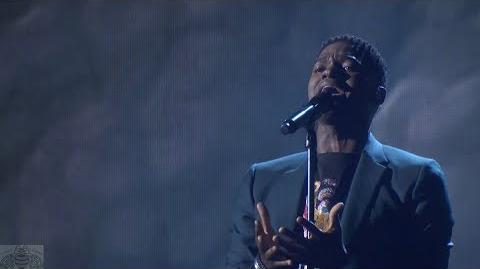 Johnny Manuel's Week 1 Semifinals performance in Episode 1217 consisted of singing an original song entitled "Blind Faith." Johnny did not receive enough votes to advance to the Finals in Episode 1218, eliminating him from the competition along with Yoli Mayor. 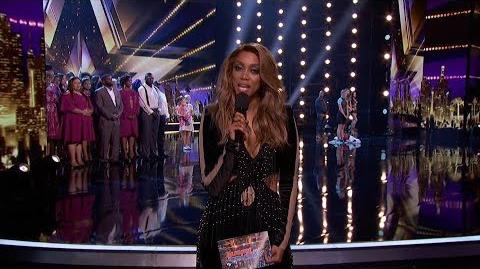 On March 12, 2018, Manuel was revealed as one of the five members of the group Equinox, who would be representing Bulgaria at the 2018 Eurovision Song Contest in Lisbon, Portugal. They made it through to the final with their song "Bones", finishing the competition in 14th place.

After Eurovision, he moved to Australia.  In 2020, he auditioned for the 9th series of The Voice Australia, joining Guy Sebastian's team.  He finished in the final 4.