America's Got Talent Wiki
Register
Don't have an account?
Sign In
Advertisement
in: Acts, Accepted Acts, Instrumentalists,
and 6 more

Judge Cuts
Johnny Shelton was a singer/guitarist act from Season 10 of America's Got Talent. He was eliminated in the Judge Cuts.

Johnny Shelton currently lives in Tampa, Florida. He has been playing the guitar since he was six years old. He always wanted to put in his son's mind, "No matter what happens in the world, know the joy of love, because the world doesn't need any more hate in it." Johnny lost his son to rhabdomyosarcoma (RMS) on his fifth birthday. Two months before his audition, he performed for the first time in a long time, and felt as close to his son as he had been since he lost him.

Johnny Shelton's audition in Episode 1001 consisted of singing "That's Love," an original song dedicated to his son, while playing the guitar. Howard Stern, Heidi Klum, Mel B, and Howie Mandel all voted "Yes," sending Johnny to the Judge Cuts round. 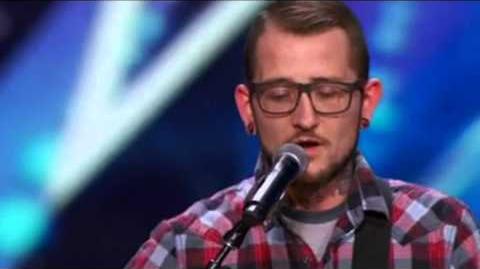 Johnny Shelton's Judge Cuts performance in Episode 1010 consisted of singing Miranda Lambert's "The House That Built Me" while playing the guitar. Johnny's performance was not strong enough for the judges to send him to the Quarterfinals, eliminating him from the competition along with Brittney Allen, instead of Benton Blount. 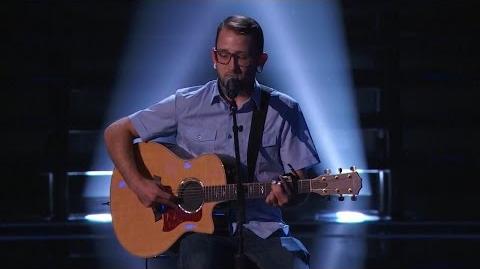