Judge Cuts
Jon Bernhardt was a thereminist act from Season 11 of America's Got Talent. He was eliminated in the Judge Cuts.

Jon Bernhardt is an actuary from Somerville, Massachusetts. He has played at weddings. He has a son, so he does not practice as much as he used to.

He is a member of the Society of Actuaries, but he has also performed his theremin with bands such as The Lothars, The Pee Wee Fist, and UV Protection. [1]

Jon Bernhardt's audition in Episode 1106 consisted of performing The Clash's "Should I Stay or Should I Go" on the theremin. Mel B and Heidi Klum buzzed the act. Although Heidi voted "No," Howie Mandel, Mel B (having retracted her buzz), and Simon Cowell voted "Yes," sending Jon to the Judge Cuts. 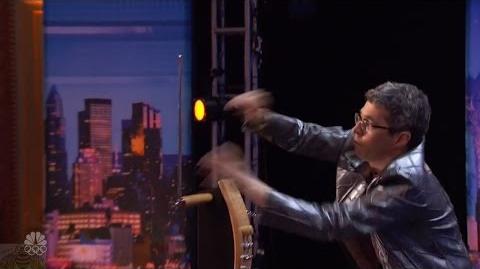 Jon Bernhardt's Judge Cuts performance in Episode 1110 consisted of performing The Bangles' "Walk Like an Egyptian" on the theremin, this time with more choreography. Howie Mandel, Mel B, Heidi Klum, and Simon Cowell all buzzed the act, automatically eliminating Jon from the competition. 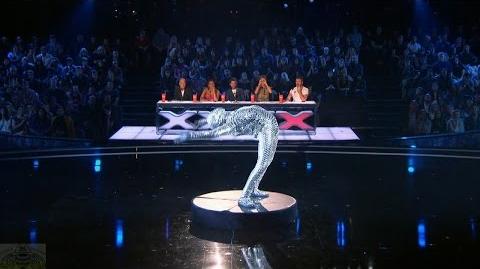