Vegas Round
Jorge & Alexa Narvaez were a vocal duo act from Season 7 of America's Got Talent. They were eliminated in the Vegas Round.

Jorge Narvaez spent his childhood bouncing around low-income communities in Guadalajara (Mexico), Los Angeles, and San Diego. Seeking a more stable situation for his two children, he became the first person in his family to graduate from high school and go to, and eventually graduate college.

When Jorge and his older daughter Alexa Narvaez posted their first family video on YouTube, Jorge was just a father of two working his way through college. Within days of posting their breakthrough video on December 31, 2010 on YouTube, millions of people around the world saw Alexa give an inspired rendition of one of her favorite songs as she clung onto the guitar that Jorge was playing backwards and upside down.

Soon after, international superstars Ryan Seacrest and Ellen DeGeneres invited the “father-daughter duo” to appear on their shows and, by the end of 2011, Time.com called the duo “why the internet was invented.” 1

Jorge & Alexa Narvez's audition in Episode 701 consisted of singing "Home" together while Jorge played the acoustic guitar as an accompaniment. Howard Stern, Sharon Osbourne, and Howie Mandel all voted "Yes," sending them to the Vegas Round. 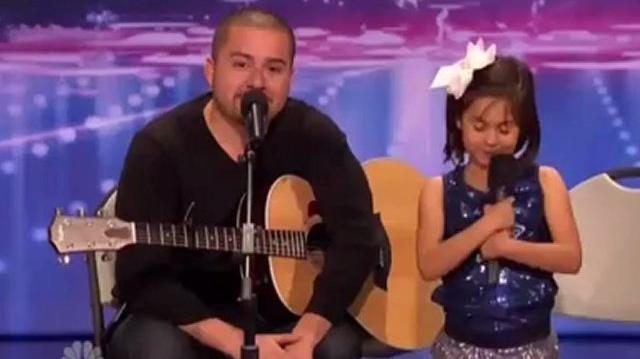 Jorge & Alexa Narvaez were one of the Judges' Favorites in the Vegas Round. They were sorted into the "Vocal Groups" category. Their performance in Episode 712 consisted of singing "Be My Baby" while Jorge also played the guitar. Their audition was not strong enough for the judges to send them to the Quarterfinals, eliminating them from the competition. 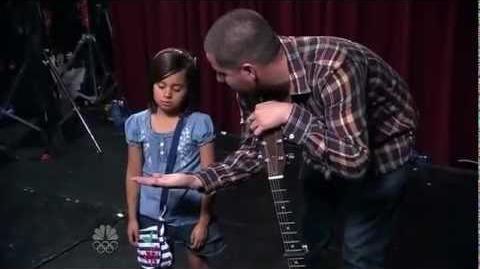