America's Got Talent Wiki
Register
Don't have an account?
Sign In
Advertisement
in: Acts, Dancers, Season 12 Acts,
and 4 more

Judge Cuts
Jorge Barani is a ballet dancer act from Season 12 of America's Got Talent.

Jorge Barani, born in Matanzas, Cuba, graduated from the National School of Arts in Havana, Cuba in 2010. His professional career started in National Ballet of Cuba where he performed important roles in ballets. Mr. Barani was also invited to perform Manon with the Royal Ballet of London on their tour in Cuba in 2009.

Jorge came to the United States that same year and was invited to the YAGP Finals in New York dancing the Flames of Paris Pas de Deux at Final Gala with Maria Kochetkova Principal Dancer of San Francisco Ballet. [1]

Jorge Barani's audition in Episode 1202 consisted of performing a ballet routine in which he portrayed a hunter. Simon Cowell buzzed the act. Simon Cowell voted ¨No¨ but Howie, Mel B and Heidi Klum all voted ¨Yes¨ sending him to the next round. 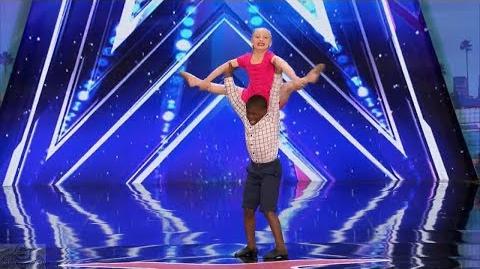