America's Got Talent Wiki
Register
Don't have an account?
Sign In
Advertisement
in: Acts, Accepted Acts, Animal Acts,
and 6 more

Judge Cuts
José and Carrie was a dancing dog duo act from Season 11 of America's Got Talent. It was eliminated in the Judge Cuts.

José danced as a young boy. As an adult, his ex-wife would not dance with him. He then started dancing with Carrie.

In 2014 he appeared on France's Got Talent

José & Carrie's audition in Episode 1101 consisted of dancing together in a Merengue number to Harry Belafonte's "Jump In The Line." Although Heidi Klum voted "No," Howie Mandel, Mel B, and Simon Cowell voted "Yes," sending the duo to the Judge Cuts. 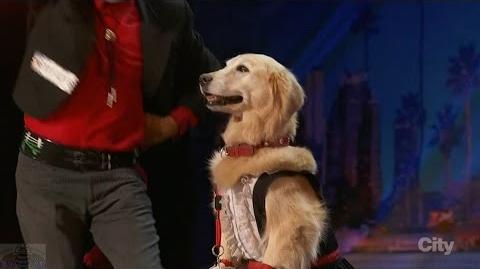 José and Carrie's Judge Cuts performance in Episode 1109 consisted of dancing the Merengue to The Merrymen's "Feeling Hot Hot Hot". José and Carrie's performance was not strong enough for the judges to send them to the Quarterfinals, eliminating the duo from the competition along with Charles & Rose, instead of Alla and Daniel Novikov. 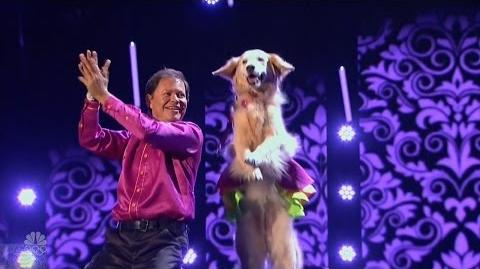