Judge Cuts
Josh Waldron was a stand-up comedian act from Season 11 of America's Got Talent. He was eliminated before the Judge Cuts.

Josh Waldron lives in Los Angeles, California. [1] Prior to his audition, he has been doing comedy for at least two years.

Josh Waldron's audition in Episode 1103 consisted of joking about him being a "very girly dude" and him thinking a lot about how the world perceives him as a result. Howie Mandel, Mel B, Heidi Klum, and Simon Cowell all voted "Yes," sending Josh to the Judge Cuts. 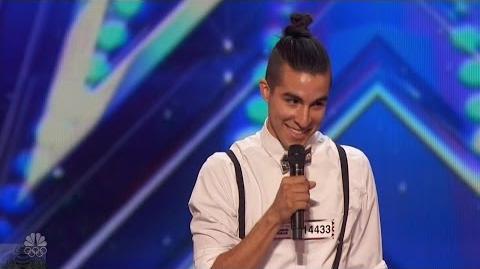 Josh Waldron did not perform in the Judge Cuts round, meaning he either withdrew or was cut by the judges before this stage of the competition.