4th Place
Julienne Irwin was a singer from Season 2 of America's Got Talent. She finished the competition in 4th place.

Until auditioning for America's Got Talent, Julienne Irwin, who is from Bel Air, Maryland, had never really sung in front of an audience before. 1

Julienne Irwin's audition in Episode 204 consisted of singing "How Do I Live." Piers Morgan, Sharon Osbourne, and David Hasselhoff all voted "Yes," sending Julienne to the Vegas Round. 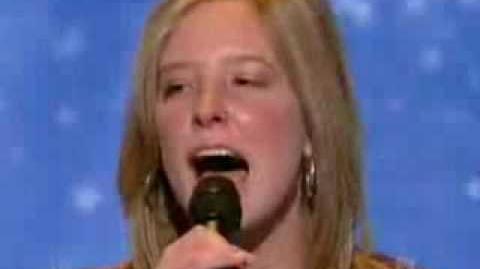 Julienne Irwin was sorted into the "Music" category during the Vegas Round. Her performance in Episode 205 consisted of singing "At Last". Her audition was strong enough for the judges to send her to the Semifinals in Episode 206.

Julienne Irwin's Semifinals performance in Episode 207 consisted of singing "Bless the Broken Road." She received enough votes to be sent to the Top 10 in Episode 208. 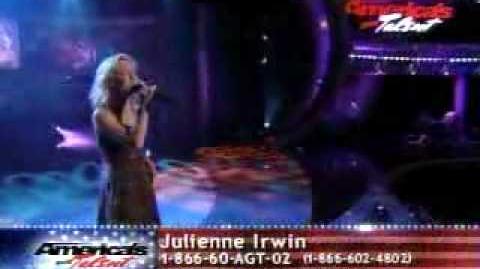 Julienne Irwin's Top 10 performance in Episode 209 consisted of singing "Til I Can Make It On My Own." She received enough votes to be sent to the Final 8 the following week.

Julienne Irwin's Final 8 performance in Episode 210 consisted of singing "Crazy". She received enough votes to be sent to the Final 4 the following week. 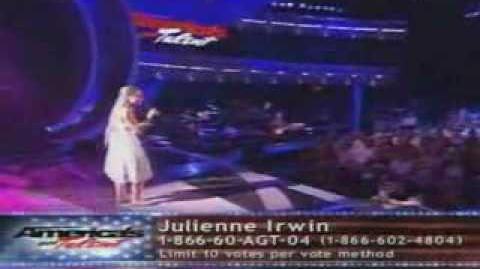 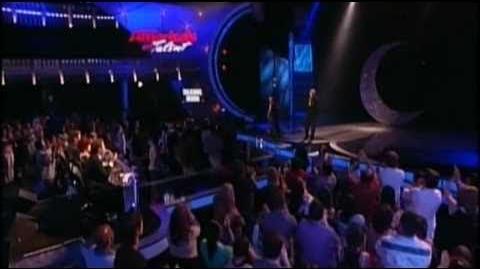 For the finale in Episode 212, Julienne Irwin sang "Teardrops on My Guitar" in a duet with Taylor Swift. Julienne was revealed to have finished in fourth place in the competition that same night, behind Terry Fator, Cas Haley, and Butterscotch. 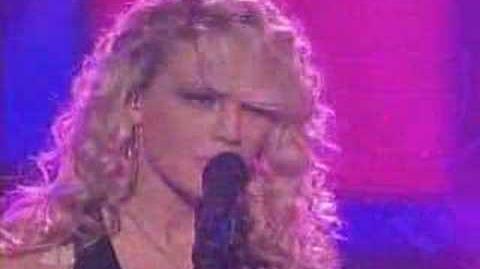 In 2014, Julienne was attending Belmont University in Nashville and embarked on her music career. Since then, she has performed in front of thousands, touring with Kenny Rogers and singing the national anthem to a crowd of over 150,000 at a NASCAR race.

In a time when young women top the charts in country music, Irwin has been determined to set herself apart from other young performers of her generation. Even after all the attention she received at a young age, Irwin maintains a solid head on her shoulders and fills her time doing things you might expect from a girl her age. "I am a member of a sorority and I am a huge sports fan. I probably inherited that from my dad. I always loved to sing and I used to pretend that my stuffed animals were my audience. I was too young (at 14) to audition for American Idol so I went on the internet and found America's Got Talent instead. I asked my dad if he'd let me try out." 2