America's Got Talent Wiki
Register
Don't have an account?
Sign In
Advertisement
in: Acts, Accepted Acts, Comedians,
and 4 more

Vegas Round
Kellen Erskine was a stand-up comedian act from Season 7 of America's Got Talent. He was eliminated in the Vegas Round.

Kellen Erskine is a past finalist of the San Francisco International Comedy Competition, and performs in comedy clubs, country clubs, and colleges. Kellen recently returned from the Great American Comedy Festival held in Norfolk, Nebraska. 1

Kellen Erskine's audition in Episode 702 consisted of joking about taking a porcupine to an animal acupuncturist. Sharon Osbourne buzzed the act. However, Howard Stern, Sharon, Howie Mandel, all voted "Yes", sending Kellen to the Vegas Round. 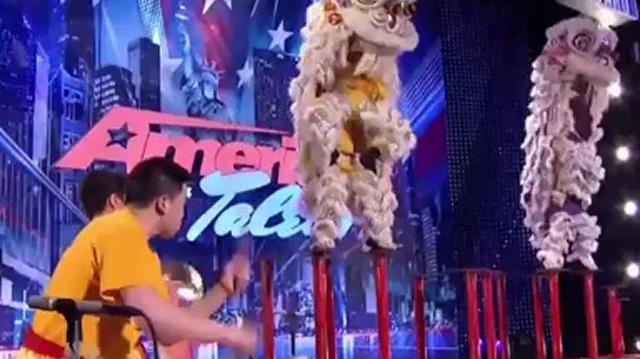 Kellen Erskine was one of the Judges' Favorites in the Vegas Round. He was sorted into the "Comedians" category. His performance in Episode 712 consisted of joking about robbing a psychic who predicted he would not go to jail. His audition was not strong enough for the judges to send him to the Quarterfinals, eliminating him from the competition along with Dave Burleigh and Sammy Obeid. 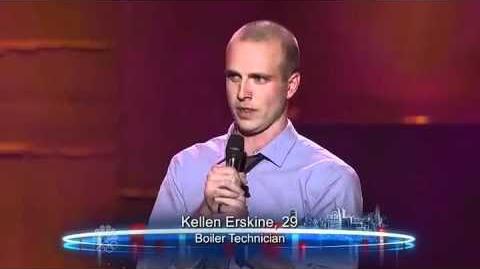