Judges Cuts
Kyndall Harris was a dancer act from Season 10 of America's Got Talent. She was eliminated before the Judge Cuts.

Kyndall Harris's audition in Episode 1005 consisted of dancing. She then participated in a "dance-off" with Nick Cannon. At least two judges voted "Yes," sending Kyndall to the Judge Cuts round. 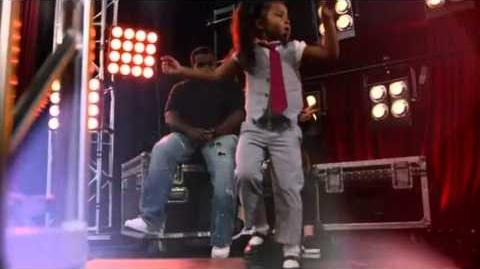 Kyndall Harris did not perform in the Judge Cuts round, meaning she either withdrew or was cut by the judges before this stage of the competition.

Kyndall Harris and dance partner Taylor Hatala competed on the first season of World of Dance as KynTay. They were eliminated in The Duels. Taylor returned with a different partner for Season 2 of the show. 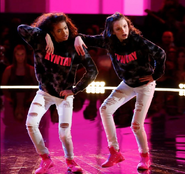 KynTay on World of Dance