America's Got Talent Wiki
Register
Don't have an account?
Sign In
Advertisement
in: Acts, Accepted Acts, Male Singers,
and 11 more

Finalist
Lawrence Beamen was a bass singer act from Season 4 of America's Got Talent. He finished in the Bottom 5 of the Top 10.

Lawrence Beamen began singing at the age of six in a small church in Mississippi. When he was 13, he moved with his family to California. At 16, he was approached by a woman who asked if he wanted to sing for Rosa Parks. Deeply moved by the request, he began to believe that he could turn his love for music into a career. One year later that yes opened the door for him to perform for Pope John Paul II. Determined to rise above his humble beginnings, Lawrence pursued his passion with an intense focus. He undertook classical vocal training and earned his masters degree in psychology. He sought out the top players in the music industry, working in every capacity, from acting to singing to songwriting to producing.

Lawrence Beamen's audition in Episode 405 consisted of singing "Ol' Man River" from the musical Show Boat. Piers Morgan, Sharon Osbourne, and David Hasselhoff all gave him a standing ovation. Because Lawrence was tearing up, Sharon handed him a handkerchief to dry his tears. All three judges voted "Yes", sending Lawrence to the Vegas Round. 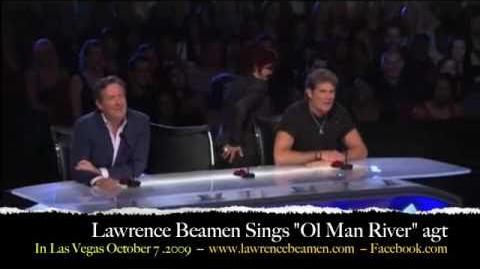 Lawrence Beamen appeared without performing in the Vegas Round. His audition was strong enough for the judges to send him to the Quarterfinals in Episode 411.

Lawrence Beamen's Quarterfinals performance in Episode 417 consisted of singing Joe Cocker's "You Are So Beautiful." Piers Morgan gave him a standing ovation. Lawrence received enough votes to be sent to the Semifinals in Episode 418 instead of Dave Johnson and Jay Mattioli. 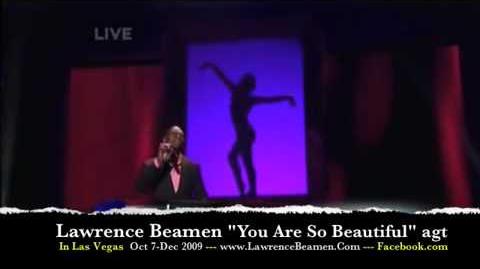 America's Got Talent - Lawrence Beamen "You Are So Beautiful"
Quarterfinals Performance

Lawrence Beamen's Week 2 Semifinals performance in Episode 423 consisted of singing Alicia Keys' "Fallin'." Lawrence received enough votes to be sent to the Finals in Episode 424 along with Barbara Padilla and Drew Stevyns, instead of The EriAm Sisters.

Lawrence Beamen's Finals performance in Episode 425 consisted of singing Barry White's "You're the First, the Last, My Everything." 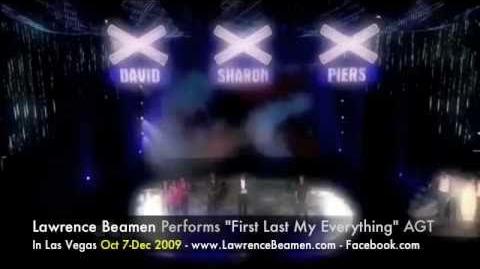 Lawrence Beamen did not receive enough votes to be included in the Top 5, eliminating him from the competition in Episode 426 instead of The Voices of Glory.