Vegas Round
Le Freak was a disco band act from Season 5 of America's Got Talent. It was likely eliminated in the Vegas Round.

Le Freak's audition in Episode 502 consisted of performing "Play That Funky Music." Piers Morgan, Sharon Osbourne, and Howie Mandel all voted "Yes," sending the act to the Vegas Round. 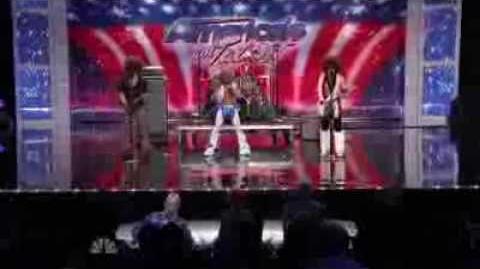 It is unknown whether or not Le Freak was present during the Vegas Round as its performance was not televised, but even if it was, it did not progress to the Quarterfinals.