America's Got Talent Wiki
Register
Don't have an account?
Sign In
Advertisement
in: Acts, Accepted Acts, Comedians,
and 4 more

Judge Cuts
Leo Lytel was a stand-up comedian act from Season 10 of America's Got Talent. He was eliminated before the Judge Cuts.

Leo Lytel was diagnosed with autism when he was 2. This diagnosis was later refined to Pervasive Developmental Disorder-Not Otherwise Specified (PDD-NOS), which means highly functioning but still on the autism spectrum.

His parents got help from experts at the Yale Child Study Center. They guided the therapies intended to address his developmental deficits. His parents went to extraordinary lengths to try to redirect the course of his development, using behavioral therapies that helped his brain re-wire itself around whatever wasn’t right. Even in his autistic phase, he had more in common with typically developing children than with autistic ones.

Over time, Leo learned how to deal with frustrations without massive tantrums. He learned to look at the person talking to him, and he learned how to play with kids his age. He participated in a study by the University of Connecticut that estimated 10 percent of children correctly diagnosed as autistic could recover, if treated properly.

Leo's mother wrote a book about the family’s experience called Act Early Against Autism: Give Your Child a Fighting Chance from the Start (Perigee, 2008) that sold more than 10,000 copies.

These days, Leo has no clinical diagnosis of any kind. He has a circle of close friends and has the confidence to perform on stage. [1]

He began his stand-up comedy career at 13 and has performed in dozens of clubs throughout the Washington, DC area. He was featured in an article about trailblazing young comedians in the Washington City Paper. He assiduously studies the greats of comedy and counts Louis C.K., Lewis Black, Eddie Izzard and George Carlin as among his favorites. [2]

Leo Lytel's audition in Episode 1006 consisted of joking about his being single as a 15-year old, his success and lack thereof on dating sites, and his parents being supportive of his comedy. Howard Stern, Heidi Klum, Mel B, and Howie Mandel all voted "Yes," sending Leo to the Judge Cuts round. 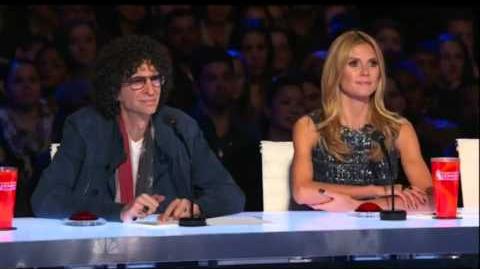 Leo Lytel did not make the Top 80 shortlist to perform in the Judge Cuts. [3]