Judge Cuts
Les Bunheads was a comedy ballet dance duo act from Season 11 of America's Got Talent. They were eliminated before the Judge Cuts.

Vanessa has a Bachelor’s degree in Contemporary Dance and Business. Finding her niche in comedy dance, she was part of the company Dance Animal (Cirque du Soleil ‘Best Original Production’ 2009), and has since plunged into the art clown and physical comedy at the Francine Côté Clown and Comedy School in Montréal.

Janie is a trained dancer from Sudbury, where she is also the choreographer and founding member of YES Theatre. She has toured extensively throughout Ontario, performing in multiple Forum Theatre pieces. Her passion for the art of clown and physical theatre continuously grows after having studied at l’École de Clown et Comédie Francine Côté in Montreal. [1]

Les Bunheads' audition in Episode 1102 consisted of two ballet dancers at first dancing in unison, but then getting into a fight when they keep intruding on the other. At least three judges voted "Yes," [2] sending the duo to the Judge Cuts. 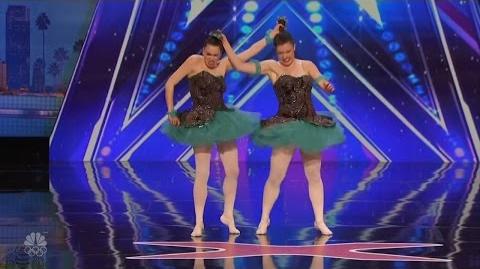 Les Bunheads did not perform in the Judge Cuts round, meaning they either withdrew or were cut by the judges before this stage of the competition.

Les Bunheads competed on Season 11 of La France a un incroyable talent, where they were eliminated in the Semifinals.