America's Got Talent Wiki
Register
Don't have an account?
Sign In
Advertisement
in: Acts, Season 2 Acts, Accepted Acts,
and 4 more

Vegas Round
Liang Patti was a acrobat from Season 2 of America's Got Talent. She was eliminated in the Vegas Round.

Liang (born on October 23, 1980 in Wuhan, China) is a Chinese American acrobat. She spent her childhood and teen years touring extensively worldwide with her hometown Chinese acrobatic troupe, Wuhan Acrobatic Troupe. She was awarded 2 gold medals for excellence in international acrobatic competition in Paris and her native China.

After moving to the United States in 1998, Liang began performing in her own one woman show, Liang Acrobatic & Comedy Show. She toured the states with her on stage partner Bill Patti as the MC and comedian. Liang gained national exposure in 2000 when she was cast in a Justin Timberlake "N'SYNC" video. That video was shown on HBO as part of "N'SYNC'S live concert from New York's Madison Square Garden. Liang was also featured in 2003 on Fox TV's 30 Seconds to Fame where she placed third in the competition. She also was asked to appear on the Jerry Lewis MDA Telethon where she performed and was saluted as a young star of tomorrow in 2004. Liang has made guests appearances on the syndicated Daily Buzz TV show (2004), Sabado Gigante on Univision (2006) and on NBC's Today Show (2007).

Liang Patti's audition in Episode 202 consisted of balancing plates on sticks while performing contortion moves. Piers Morgan buzzed the act, trying to see if it would break her concentration and make her drop the plates, but she did not. After her act she started crying as a result of the buzz out of anxiety, so David Hasselhoff went up on stage to hug her. Eventually, Piers, Sharon Osbourne, and David all voted "Yes", sending Liang to the Vegas Round. 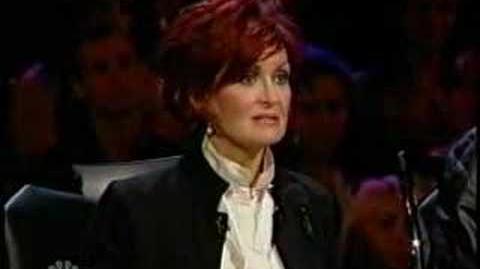 Liang Patti was sorted into the "Variety" category during the Vegas Round. Her performance in Episode 205 was not televised. The audition was not strong enough for the judges to include her in the Top 35 shortlist, eliminating her from the competition along with Jordan & Nasko, Meghan Miller and JabbaWockeeZ.