America's Got Talent Wiki
Register
Don't have an account?
Sign In
Advertisement
in: Acts, Impressionists, Rejected Acts,
and 5 more

None
Little Ozzy was an Ozzy Osbourne impersonator act from Season 7 of America's Got Talent. He was eliminated in the audition round.

Little Ozzy owns and fronts the national touring trIbute band "Little Ozzy." Little Ozzy performs accurate Ozzy/Black Sabbath live shows. The singer is 4ft 8 inches tall and remarkably looks and sounds like Mr. Osbourne himself as admitted by Ozzy himself on the History Channel Sep 18,2016. According to Howard Stern in a brief sentence at the show,  Little Ozzy embodies his idol in such a way it will leave you with an eerie feeling that you were in his presence.This self proclaimed "Pint Sized Prince of Darkness is serious in spirit, talent and authenticity. 1

Little Ozzy's audition in Episode 706 consisted of performing dressing up as a 4 foot, 8 inches version of Ozzy Osbourne and then singing "Mama, I'm Coming Home," interestingly, a song written by the real Ozzy Osbourne for his wife, judge Sharon Osbourne. Howard Stern and Howie Mandel buzzed the act. Though all three judges thought he did an excellent job, the judges voted "No," eliminating him from the competition. With that being said, Sharon made it all worth his while by calling him to her stand to meet him and give him a hug as well as  telling him, "I have to tell you something. My Husband is away from me right now, it made me miss him even more by you singing me that song. So I really thank you." She also sat with him in her dressing room to thank him again and tell him how great he did saying " I fully endorse Little Ozzy. " 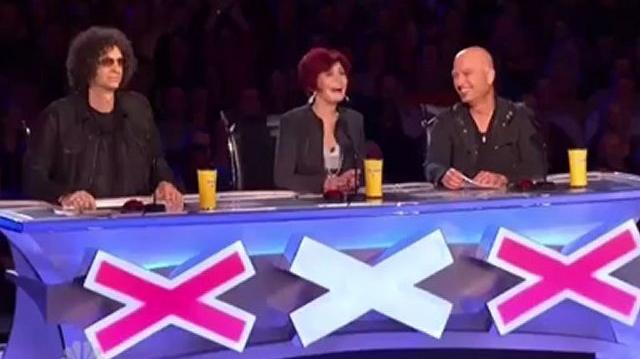