Quarterfinalist
Loop Rawlins was a wild west performer from Season 9 of America's Got Talent. He was eliminated in the Quarterfinals.

Loop Rawlins was born and raised in Tucson, Arizona. He first saw trick roping when he was 8 years old and was fascinated by it. Soon after, he learned some very basic rope tricks and realized that this was a very difficult skill to learn. He joined a ‘Will Rogers Trick Roping Group’ when he was 13. He had a professional trick roper named Forrest Hobbs come out and teach him every so often. After countless hours of work everyday practicing, Loop landed a job at fourteen performing at a western theme park called Trail Dust Town. This is where he acquired experience in front of a live audience and also took up the Western Arts of Whip Cracking & Gun Spinning.

In 2002, Loop competed in Las Vegas at the Wild West Arts Convention and won five international Awards. He started performing at rodeos, resorts, festivals, and special events around the US. In 2009, Cirque Du Soleil got a hold of him and he became the first western performer to be cast in a Cirque Du Soleil Resident Show. After an incredible three-year run with Cirque Du Soleil, he is back performing Wild West Shows. He is known for his genuine showmanship, "mad skills", and stylized performance. 1 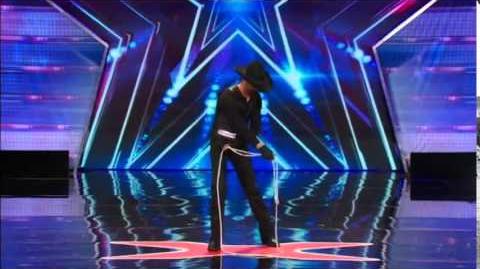 Loop Rawlins was sorted into the "Variety Acts" category in Judgment Week. His performance in Episode 907 consisted of spinning two flaming pistols and performing more tricks with a flaming lasso. Loop's performance was strong enough for the judges to send him to the Quarterfinals along with JD Anderson and Juan Carlos in Episode 908. 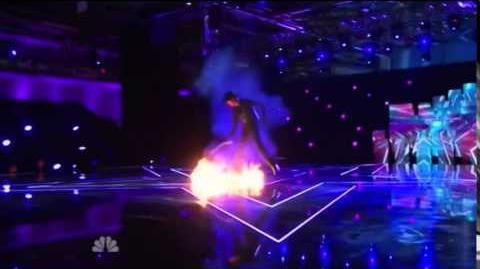 Loop Rawlins' Week 2 Quarterfinals performance in Episode 911 consisted of lashing two whips and spinning a body-sized lasso in a ring of fire, all to OneRepublic's "Love Runs Out." Loop did not receive enough votes to be sent to the Semifinals, eliminating him from the competition in Episode 912, instead of Aerial Animation. 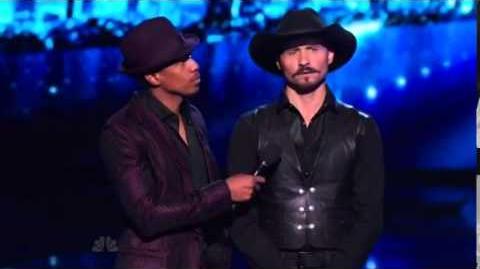 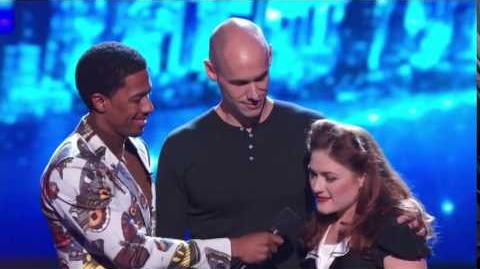