Semifinalist
Lori Mae Hernandez was a stand-up comedienne act from Season 11 of America's Got Talent. She was eliminated in the Semifinals.

Lori Mae Hernandez is from Lancaster, California. She has been writing and performing stand-up since the age of nine. Her unique comedy mixes pop culture and the perspective of a tween. In her first year, she performed nightly to a mostly non-human audience consisting of her dogs, Bunny and Mickey. When her father was struck with a severe case of Bell's palsy, leaving half his face paralyzed, Hernandez took her act on the road and began performing in the living room to her parents in the hope that laughter would help her dad smile once again.

After about a year, it worked, and it felt great for two reasons: her dad's smile returned and Hernandez found her voice! She was a bit of a shy kid, but now with her newfound talent, she studies comedy legends that have helped her beat shyness, like Carol Burnett, Tina Fey, Ellen DeGeneres, Jimmy Fallon, Steve Martin and Howie Mandel. Her hobbies are art, playing ukulele and making YouTube videos. [1]

Lori Mae Hernandez's audition in Episode 1103 consisted of joking about her being too young and thus unqualified to be a babysitter, and reality television hosts being unqualified to run for President (referring to Donald Trump). Howie Mandel, Mel B, Heidi Klum, and Simon Cowell all voted "Yes," sending Lori to the Judge Cuts. 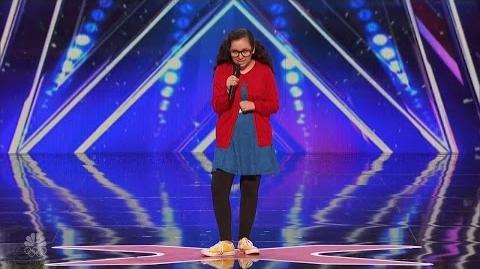 Lori Mae Hernandez's Judge Cuts performance in Episode 1107 consisted of joking about becoming a tween and how she needs to start training for teenhood. Lori's performance was strong enough for the judges to send her to the Quarterfinals instead of Christopher. 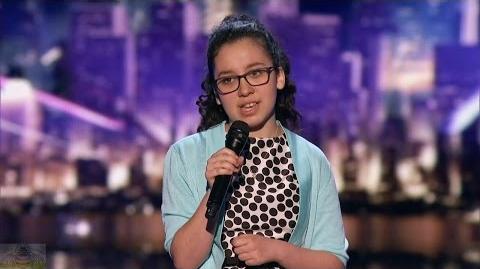 Lori Mae Hernandez's Week 1 Quarterfinals performance in Episode 1111 consisted of telling jokes about Donald Trump's hair resembling a troll's, how kids would vote for braces to be illegal, and how the next President (referred to as "she", or Hillary Clinton) will do great. Lori finished in sixth, seventh, or eighth place in America's Vote. In the Dunkin' Save, Lori received more online votes than both Deadly Games and Hara, sending her to the Semifinals in Episode 1112. 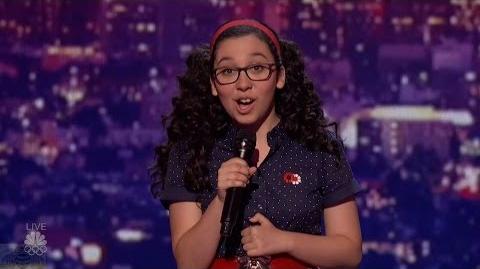 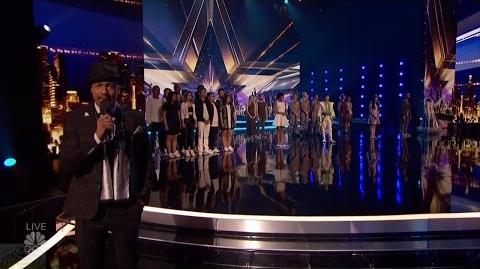 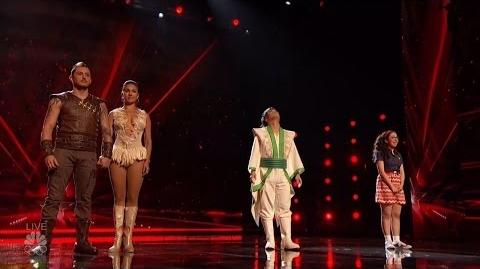 Lori Mae Hernandez's Week 1 Semifinals performance in Episode 1117 consisted of joking about the Olympics, how a girl named Laurie Hernandez won medals, new types of Barbie dolls, Miley Cyrus going bad, and how Mariah Carey outgrew her ex-husband and AGT host Nick Cannon. Lori did not receive enough votes to be sent to the Finals in Episode 1118, eliminating her from the competition along with Musicality, instead of Grace VanderWaal. 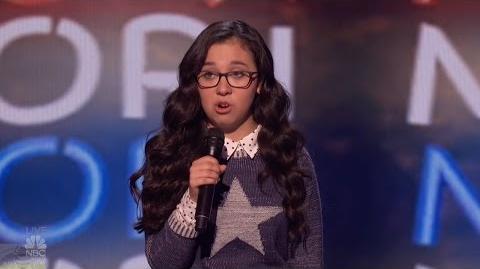 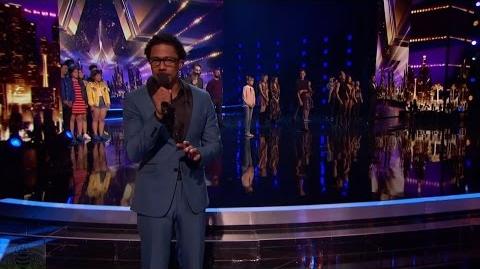