Judge Cuts
Los Angeles Children's Orchestra was an orchestra act from Season 10 of America's Got Talent. It was eliminated in the Judge Cuts.

Susan Pascale is the music director and founder of Pascale Music Institute (PMI). Pascale founded PMI 15 years ago in response to the lack of music education in the public schools and her area. “I believe in the power of music for all children.”

The Los Angeles Children’s Orchestra, the Los Angeles Children’s Chamber Orchestra, and numerous chamber groups have been recognized with many awards at regional and national competitions, including Carnegie Hall. Pascale is a recipient of the American String Teacher’s Association (ASTA) 2015 P.J. McMasters Award for Excellence in School and Orchestra Teaching for Southern California.

Susan launched PMI in 2001 after a move from Long Island, New York to South Pasadena, a suburb of Los Angeles, California. She attempted to enroll her daughter in the local elementary school’s music program. Pascale was astonished to discover that, like so many budget-strapped California schools, there was no orchestra program.

In a panic, she ran around the schoolyard talking to other parents who wanted their young children to receive a music education. She volunteered to teach a free beginning violin class. Twenty-five students signed up and, by holiday season, the group played its first concert. This marked the start of the Los Angeles Children’s Orchestra. [1]

Los Angeles Children's Orchestra's audition in Episode 1003 consisted of performing an orchestral rendition of The Beatles' "Eleanor Rigby." During the act, the children moved around the stage. Howard Stern, Heidi Klum, Mel B, and Howie Mandel all voted "Yes," sending the group to the Judge Cuts round. 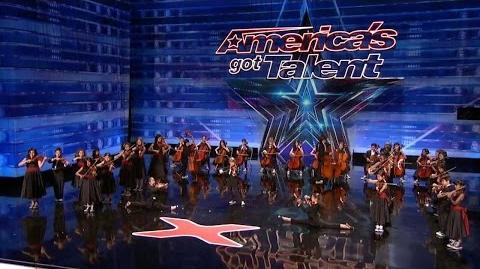 Los Angeles Children's Orchestra's Judge Cuts performance in Episode 1008 consisted of performing an orchestral rendition of The Rolling Stones' "As Tears Go By." The group's performance was not strong enough for the judges to send them to the Quarterfinals, eliminating them from the competition along with X-Treme Tricking & Tumbling. 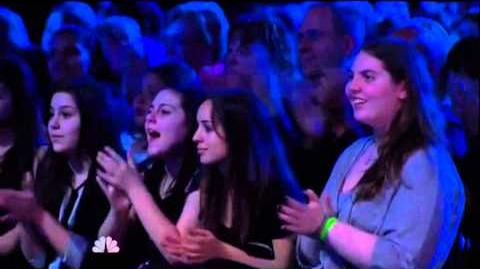