America's Got Talent Wiki
Register
Don't have an account?
Sign In
Advertisement
in: Acts, Accepted Acts, Female Singers,
and 12 more

Semifinalist
Makayla Phillips was a singer act from Season 13 of America's Got Talent. She was eliminated in the Semifinals.

Makayla Phillips is from Canyon Lake, California. She was born on July 8, 2002. 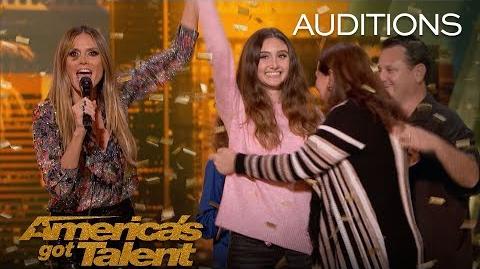 Makayla Phillips' Week 2 Quarterfinals performance in Episode 1313 consisted of singing "Issues" by Julia Michaels. Mel B and Heidi Klum gave her standing ovations.  Makayla finished in sixth, seventh or eighth place in America's Vote. In the Dunkin' Save, she received more online votes than Da RepubliK and Front Pictures, advancing to the Semifinals in Episode 1314. 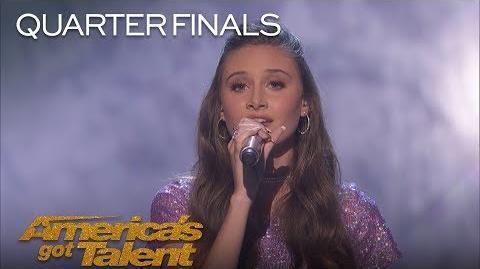 Makayla Phillips' Week 1 Semifinals performance in Episode 1317 consisted of singing "Who U Are" by Jessie J. Mel B and Heidi Klum gave her standing ovations. Makayla did not receive enough votes to advance to the Finals in Episode 1318, eliminating her from the competition along with Amanda Mena instead of Michael Ketterer. 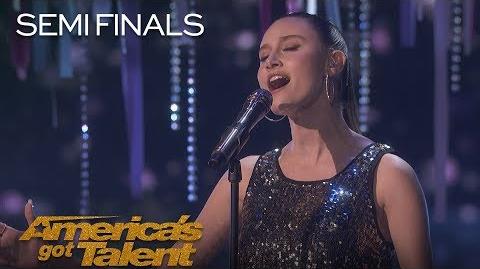 Makayla Phillips auditioned for the 2020 season of American Idol.  She was eliminated in the Top 11. She was included among those vying for an open slot in the 2021 season to replace a contestant that dropped out, but lost in the public vote to that season's runner-up, Arthur Gunn.