America's Got Talent Wiki
Register
Don't have an account?
Sign In
Advertisement
in: Acts, Season 2 Acts, Accepted Acts,
and 6 more

Manuel Romero was a singer act from Season 2 of America's Got Talent. He was eliminated in the Semifinals.

Manuel was also featured in the Off-Broadway musical, "Altar Boyz," where he garnered rave reviews for playing the part of sultry Latino swooner, Juan. Continuing with that same vein of musical production, Manuel also gained high acclaim as Richie Valens in the musical, "Buddy: The Buddy Holly Story," where he was described by StageSceneLA, as a "recording artist, heartthrob…with mucho sex appeal." Manuel has also headlined at Shoreline Amphitheatre in Mountain View, California with television star, Wayne Brady.

Manuel has also traveled the country with various Mariachi Festivals, and has been featured on "Despierta America" and "Furia Musical." Along with this, Manuel has written a timely and relevant quinceanara song that is quickly becoming the quinceanara standard. With his freshmen, self-titled album, "Manuel Romero," Manuel received the International Trebby Award for Most Popular Album and Song of The Year. Manuel has recently released his long awaited album, "Orgulloso de Ser," and a series of religious songs compiled on the album, "Santa Maria."

Aside from pursuing his musical passions, Manuel is active in many community service projects. As a mentor, he volunteers his time as a soccer coach for various youth teams. Manuel is also an official team leader for the Easter Seals "Walk with Me," campaign where he volunteers both his talent and time to raise thousands of dollars for this charity. 1

Manuel Romero's audition in Episode 202 consisted of singing "My Cherie Amour". Piers Morgan, Sharon Osbourne, and David Hasselhoff all voted "Yes", sending him to the Vegas Round. 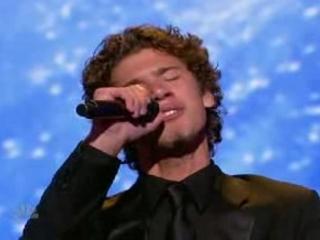 Manuel Romero was sorted into the "Music" category during the Vegas Round. His performance in Episode 205 consisted of singing "We Belong Together." His audition was strong enough for the judges to send him to the Semifinals in Episode 206.

Manuel Romero's Semifinals performance in Episode 207 consisted of singing "Have You Ever Really Loved a Woman?". He did not receive enough votes to be sent to the Top 10, eliminating him from the competition in Episode 208. 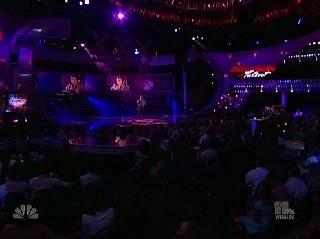 Manuel Romero appeared on the fifth season of The Voice in 2013, but failed to make it past the Blind Auditions.