Quarterfinalist
Marcus Terell & The Serenades was a vocal group act from Season 4 of America's Got Talent. They was eliminated in the Quarterfinals.

Marcus Terell & The Serenades are longtime friends (10 years at the time of their audition). They consist of Marcus, Glenee, Pamela, and Maggie. The group pays tribute to classic feel-good music while still appealing to modern audiences.

Marcus competed on Season 3 of American Idol under the name Marcus Butts. He was eliminated during the Hollywood Round. [1]

Marcus Terell & The Serenades's audition in Episode 409 consisted of singing "Hit the Road Jack" together. Piers Morgan commented that the Serenades were not up to Marcus's standard, but Marcus refused to break up the group. Nevertheless, Piers, Sharon Osbourne, and David Hasselhoff all voted "Yes", sending the group to the Vegas Round.

Marcus Terell & The Serenades' Quarterfinals performance in Episode 417 consisted of singing Duffy's "Mercy" with three new backup singers. The group did not receive enough votes to be sent to the Semifinals, eliminating it from the competition in Episode 418 instead of Mario & Jenny. 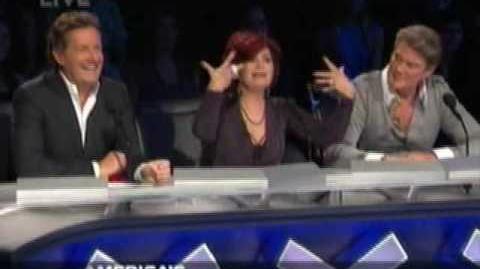 The group went on to perform with various cruise lines, as guest entertainers.