America's Got Talent Wiki
Register
Don't have an account?
Sign In
Advertisement
in: Acts, Acrobats, Season 12 Acts,
and 3 more

Judge Cuts
Michael Brook was a trampolinist act from Season 12 of America's Got Talent. He was eliminated before the Judge Cuts.

Michael Brook is more than 60 years old, but he is still soaring on trampolines, high diving and aerial acrobatic skiing. He is an author, speaker, coach, insurance professional and holistic health practitioner. He has a passion for living and sharing the principles of High Performance Living and optimal health creation to empower and inspire others to live their dreams of success.

Michael’s athletic accomplishments include state trampoline champion, a member of the Great American High Dive Team and the premier skier on the professional freestyle circuit in the aerial acrobatic event. As an athlete he had first hand experience of the role thought, emotion, imagination and visualization play in enhancing physical performance and preventing injury. In over 50 years of participating in sports where a slight mistake can cause major physical damage Michael has never broken a bone in his life. These insights and experiences led him into the field of holistic health to explore how thought and emotion affect physical health which in turn affects one’s professional performance, quality of life and financial health.

Michael’s passion for living and teaching High Performance Living inspired the founding of the Positive Air Team. This group of professional athletes presented the message of “High Performance Living” to teach and inspire over a million students, staff and parents across the western U.S. [1]

Michael Brook's audition in Episode 1201 was only very briefly seen, but it consisted of bouncing on a trampoline.  Howie Mandel, Mel B, Heidi Klum, and Simon Cowell voted "Yes," sending Michael to the next round. 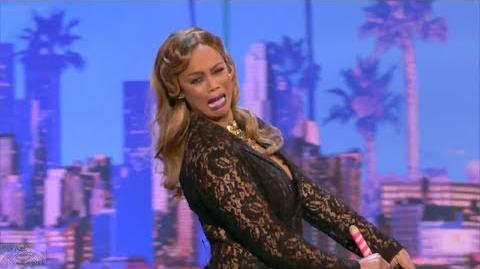 Michael Brook did not perform in the Judge Cuts round because he was cut by the judges before this stage of the competition. As mentioned on a reply to a comment on his YouTube channel. Michael stated "First round went great but I didn't have a strong enough act for the second round", implying he did not make the Top 80 shortlist. Either way, he did not continue in the competition.