America's Got Talent Wiki
Register
Don't have an account?
Sign In
Advertisement
in: Acts, Accepted Acts, Dancers,
and 11 more

Semifinalist
Michelle L'amour was a burlesque dancer act from Season 1 of America's Got Talent. She was eliminated in the Semifinals.

Michelle L'amour is from Chicago, Illinois. She teaches burlesque classes.

Michelle L'amour's audition in Episode 102 consisted of dancing and stripping some of her "Snow White" clothes off. Piers Morgan (Brandy buzzed for him), Brandy Norwood, and David Hasselhoff (Brandy buzzed for him as well) buzzed the act. Although Brandy voted "No," Piers and David both voted "Yes", sending Michelle to the Semifinals. 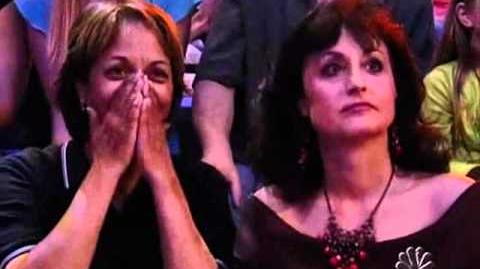 Michelle L'amour's Week 4 Semifinals performance in Episode 110 consisted of burlesque dancing on the KITT car from the 1980's TV show "Knight Rider" (which David Hasselhoff starred in). Although David gave Michelle a "✓" vote, Piers Morgan and Brandy Norwood both gave her "X" votes. Michelle did not receive enough votes to finish in at least second place in America's Vote, eliminating her from the competition in Episode 111 instead of Celtic Spring and David & Dania - Quick Change. 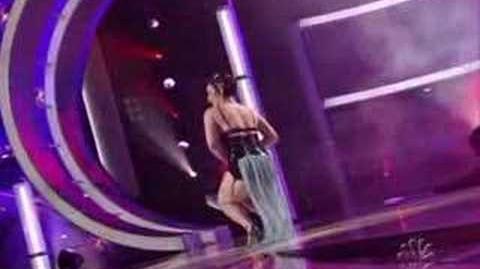