America's Got Talent Wiki
Register
Don't have an account?
Sign In
Advertisement
in: Acts, Rejected Acts, Season 3 Acts,
and 9 more

Auditions
Michelle Wallace was a singer from Season 3 of America's Got Talent. She was eliminated in the audition round.

Michelle Wallace is a mother, a member of the U.S. Navy, but in her spare time she has also managed to make appearances as extras on major TV shows. She graduated from Birmingham's Woodlawn High School.

She is an aspiring actress who most recently appeared as an extra on an episode of "Bones" on Fox TV that was taped in early October (episode 6, season 9). When asked how she manages to juggle all this, Michelle says, "I am very happy with my life. It has been nothing but a blessing for me." 1

Michelle Wallace's audition in Episode 305 consisted of singing "All By Myself". Piers Morgan, Sharon Osbourne, and David Hasselhoff all buzzed the act. All three judges voted "No", eliminating Michelle from the competition.

Michelle Wallace performed in Episode 320 as one of the Audition All Stars in the Season 3 America's Got Talent finale. Her role consisted of telling the audience to get on their feet and singing "Don't Stop Me Now" with the others. 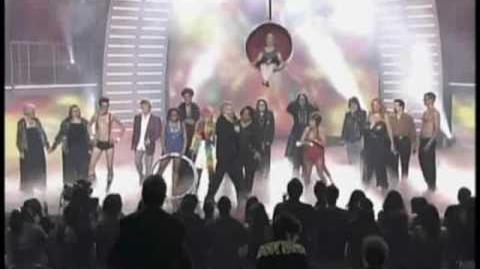