America's Got Talent Wiki
Register
Don't have an account?
Sign In
Advertisement
in: Accepted Acts, Acts, Danger Acts,
and 4 more

Mighty Atom Jr. was a strongman act from Season 9 of America's Got Talent. He was eliminated during Judgment Week.

Mighty Atom Jr., whose real name is Mike Greenstein, was from Galveston, Texas. He held the world record for lifting weights with his teeth.

His father was Joe Greenstein, the Mighty Atom. Joe Greenstein was a Polish immigrant who gained worldwide fame for his ability to bend iron bars and horseshoes with his teeth and drive spikes with his bare hands, among other things. Up until his death in 1977, he was biting spikes and coins in half and breaking chains with his hands or by expanding his chest.

Mike Greenstein — the seventh of the Mighty Atom’s 10 children — followed in his father’s footsteps. By 1940, he had gained the nickname the Mighty Atom Jr., for emulating his father’s feats, including pulling and lifting things with his hair or with his teeth using a leather bite pad attached to a rope or chain. He demonstrates his skills to raise awareness for breast cancer, which claimed both his wife and his daughter in 1991.

Mike attended Aviation High School in Manhattan and joined the Air Force as an airplane mechanic. After that, he worked for Trans World Airlines for 19 years, became a manager of a local Waldbaum’s and photographed weddings, he said. After his first wife’s death, he remarried, had another daughter and then divorced.

Mr. Greenstein, who had some shoulder disabilities, kept his teeth strong by following his father’s practice of mixing kosher salt with water and brushing with it every day. [1]

Mighty Atom Jr.'s audition in Episode 901 consisted of pulling a 3000 pound station wagon with three people in it (his "lady friend," brother, and brother's wife) with his teeth clenched on a leather bite pad. Although Howard Stern voted "No," claiming Mighty Atom Jr. lacked showmanship, Heidi Klum, Mel B, and Howie Mandel all voted "Yes," sending the act to Judgment Week. 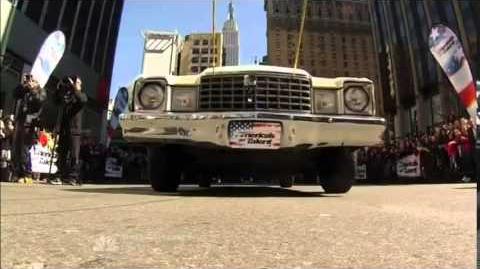 Mighty Atom Jr. was sorted into the "Variety Acts" category in Judgment Week. His performance in Episode 907 consisted of pulling a 5000 pound truck with six people on and in it (the four judges, Nick Cannon, and his younger brother) with his teeth. Mighty Atom Jr.'s performance was not strong enough for the judges to send him to the Quarterfinals, eliminating him from the competition in Episode 908. 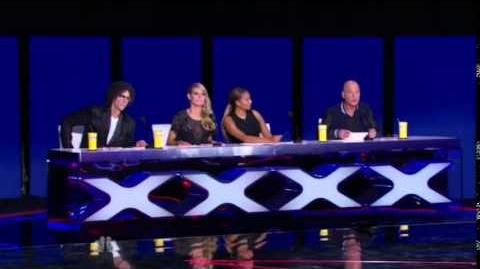 Mike Greenstein, Mighty Atom Jr. passed away while visiting family in Florida on February 16, 2016. He was 95 years old. [2]