Moya Angela was a singer act from Season 11 of America's Got Talent. She was eliminated in the Quarterfinals.

Moya Angela began making music a pivotal part of her life at a very young age. She attended North Central High School in her hometown of Indianapolis, Indiana, where she got heavily involved with their music department. She ventured into musical theatre during High School where she was lead singer for the #1 show choir in the State of Indiana - the Counterpoints.

In 1998, Angela began touring the Midwest competing with the Counterpoints. She received Best Female Solo at each of the four competitions in which the choir participated that first year. With graduation on her heels, she began doing solo competitions for some major scholorships to ensure her admission into a college or university. She won a Prelude Award, presented by the Childrens Museum of Indianapolis.

In 2001, Angela attended Kentucky State University with a major in Music Education and a Theater Minor. She spent most of her freshmen year traveling around the country with the award winning Kentucky State Concert Choir and participating in the Opera Music Theater Workshop. Her Sophomore year she was a younger than average lead in the winter opera, playing Hansel in Hansel and Gretel. One summer she played the role of Addapearle in The Wiz. The next summer she played Sara in Ragtime a sang Your Daddy’s Son.

Angela earned three Encore awards from the Indianapolis Theatre Society for her vocal and theatrical work. When her fourth year of college came around, she felt she had outgrown the university and was ready to step out on faith and begin to pursue her career. The following summer she auditioned for the Tony award-winning Broadway musical The Lion King. Four months later, she was touring the U.S. with the national tour. She joined the tour's cast as a singer-swing. She covered eight roles, two being the principal roles of Shenzi and Rafiki.

In 2007, while the tour was in Honolulu, Hawaii, she begin feeling very passionate about giving back to the community. Angela decided to put on a benefit show featuring her favorite songs called Shades of our Journey. She gave a school in Honolulu all the proceeds from the sold-out productions.

After her contract with The Lion King was up, Angela went home to recoup from being on the road for two and a half years. Not wanting to let too much off time distract her from her dream, she was thrilled to get a call from Binder Casting asking her to fly to New York City to audition for the role of Effie White in a tour of Dreamgirls.

Moya aspires to be an international perfomer/actor/singer and has aspirations of being a solo recording artist. [1]

Moya Angela's audition in Episode 1106 consisted of singing Pandora's Box's "It's All Coming Back to Me Now." Howie Mandel, Mel B, Heidi Klum, and Simon Cowell all voted "Yes," sending Moya to the Judge Cuts. 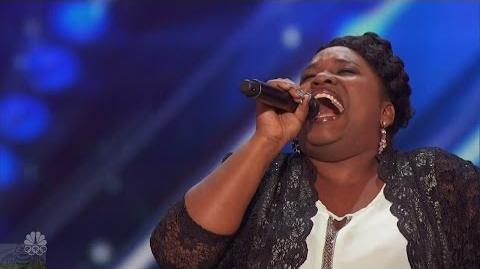 Moya Angela's Judge Cuts performance in Episode 1108 consisted of singing Heart's "Alone". Howie Mandel, Mel B, guest judge Reba McEntire, and Heidi Klum gave her standing ovations. Moya's performance was strong enough for the judges to send her to the Quarterfinals instead of RL Bell. 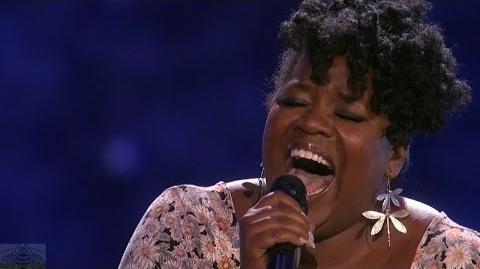 Moya Angela's Week 2 Quarterfinals performance in Episode 1113 consisted of singing Whitney Houston's "I Don't Know My Strength". Moya did not receive enough votes to be sent to the Semifinals in Episode 1114, eliminating her from the competition instead of Calysta Bevier. 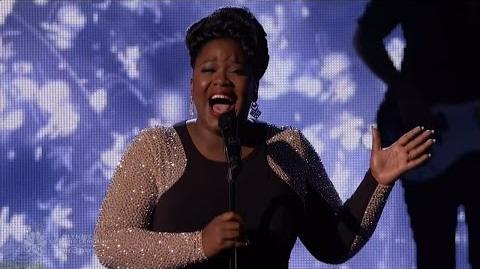 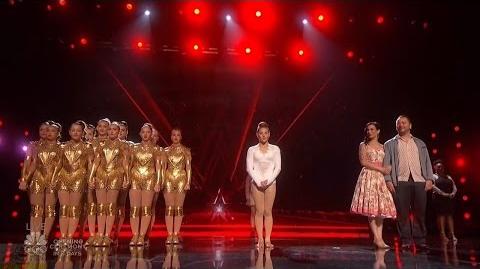 Retrieved from "https://agt.fandom.com/wiki/Moya_Angela?oldid=72299"
Community content is available under CC-BY-SA unless otherwise noted.