America's Got Talent Wiki
Register
Don't have an account?
Sign In
Advertisement
in: Acts, Magicians, Rejected Acts,
and 7 more

None, None
Mr. Mystic PTP was a magician act from Season 2 and Season 6 of America's Got Talent. It was eliminated in the audition round both times.

Mr. Mystic's audition in Episode 201 consisted of getting into a bag (while wearing a tuxedo) with 6 real snakes and then emerging from the bag with a snake patterned outfit. At least two judges, David Hasselhoff and Piers Morgan voted "No", eliminating him from the competition.

MR. MYSTIC PTP's audition in Episode 602 consisted of "magic gone bad" with a rapper and a dj, known as PTP (Prime Time Playas). MR. MYSTIC produced a fireball from a pan that seemed to negatively affect the bird that appeared in the same pan after the fire, then levitated (both his feet off the ground) behind a red satin curtain. Piers Morgan, Sharon Osbourne, and Howie Mandel buzzed the act. All three judges voted "No," eliminating the act from the competition. Piers Morgan stated that this (act) was "one of the most stupidest things he had ever seen." 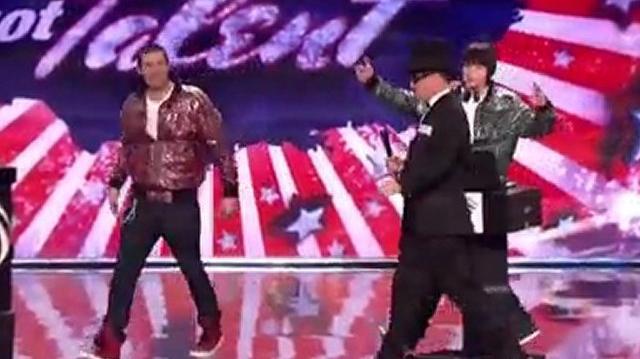