America's Got Talent Wiki
Register
Don't have an account?
Sign In
Advertisement
in: Acts, Instrumentalists, Rejected Acts,
and 6 more

None
Mr. Special was a pocket trumpet player and bicycle rider act from Season 7 of America's Got Talent. He was eliminated in the audition round.

Mr. Special lives in San Francisco, California, but he is originally from Encino. "Mr. Special" has been Mr. Special since 1986. He was featured on Television in 2001 on CBS Evening Magazine by Mike Rowe (of Dirty Jobs) who personally endorsed him by telling America: "Hire a Professional, Hire Mr.Special."

At the age of five, Mr. Special realized his calling to entertain. He aims to spread the message that anyone is special. He is featured in the June/ July 2015 issue of Esquire Magazine. He has entertained all over the USA, Canada, and Nagasaki Japan. 1

Mr. Special's audition in Episode 702 consisted of playing "Anchors Aweigh" on a pocket trumpet while riding a small bicycle. Howard Stern, Sharon Osbourne, and Howie Mandel (Osbourne buzzed for him) all buzzed the act. All three judges voted "No," eliminating the act from the competition. 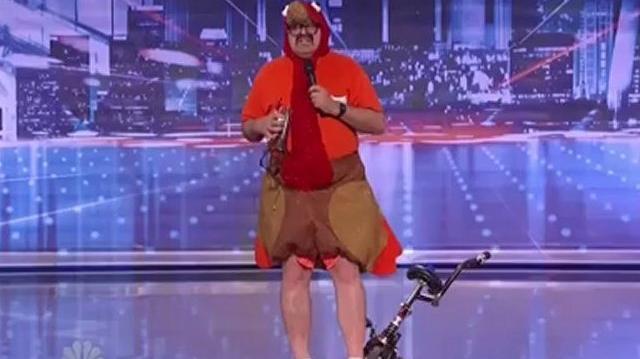