Judge Cuts
Nastasya Generalova was an acrobatic dancer act from Season 10 of America's Got Talent. She was eliminated in the Judge Cuts.

Nastasya Generalova was named "Golden Girl" by Sports Illustrated. She has already made her mark by becoming a member of the USA Gymnastics National Team in 2013 and winning the title of "Athlete of the Year" four times. Nastasya took gold in the all-around at the Rhythmic Junior Olympic Championship in 2012, 2011. She also won gold and silver in the all-around at the Rhythmic Gymnastics World Cup Montreal 2011.

Nastasya says "My favorite part of rhythmic gymnastics is that I get to express myself during a routine. You open up your feelings to the whole audience, and when they feel what you are doing, it's a great experience. " [1]

Nastasya's Generalova's Judge Cuts performance in Episode 1009 consisted of performing an acrobatic dance routine with contortion. Nastasya's performance was not strong enough for the judges to send her to the Quarterfinals, eliminating her from the competition along with DADitude!, instead of Benjamin Yonattan. 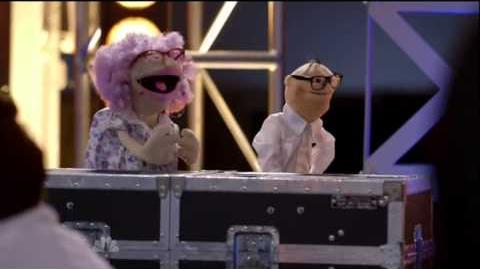