Semifinalist
Natasha Le was a pianist act from Season 1 of America's Got Talent. She was eliminated in the Semifinals, but she returned for the Wild Card Show, where she was eliminated again.

Natasha Le is from San Diego, California. She has been playing the piano since she was three years old. Her parents give her a lot of support. She claims to play piano three hours a day.

Natasha Le's audition in Episode 101 was never televised. Piers Morgan buzzed the act as he felt there were too many mistakes. but at least two judges voted "Yes," sending Natasha to the Semifinals.

Natasha Le's Week 2 Semifinals performance in Episode 106 consisted of playing a section of Bach's "Toccata and Fugue" on the piano. Piers Morgan, Brandy Norwood, and David Hasselhoff all gave Natasha "✓" votes. Natasha finished in second place in America's Vote, eliminating her from the competition in Episode 107 instead of first-place vote-getter At Last.

Natasha Le was brought back for the Wild Card Show because she finished in second place in America's vote in Week 2. Her performance in Episode 112 consisted of playing a classical song and "Shake Baby Shake" on the piano. She also briefly sang. Although Piers Morgan gave Natasha an "X" vote, Brandy Norwood and David Hasselhoff both gave her "✓" votes. Natasha did not receive enough votes to finish in at least second place in America's Vote, eliminating her from the competition in Episode 113 again instead of David & Dania - Quick Change and Nathan Burton. 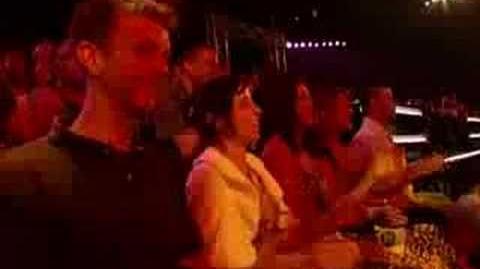