Judge Cuts
Nathan Bockstahler was a stand-up comedian act from Season 11 of America's Got Talent. He was eliminated in the Judge Cuts.

Nathan is from Carlsbad, California. He has a younger sister and a younger brother on the way. Before his audition, he had never performed on a big stage, though he had performed at a school talent show. He kissed a girl when he was four years old, but he now wants that memory to leave his mind.

Nathan Bockstahler's audition in Episode 1101 consisted of joking about having ADHD and being distracted and girls saying one thing but meaning another (for example, his mother lied about her real name). Howie Mandel, Mel B, Heidi Klum, and Simon Cowell all voted "Yes," sending Nathan to the Judge Cuts. 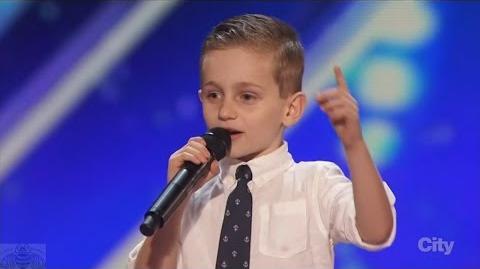 Nathan Bockstahler's Judge Cuts performance in Episode 1110 consisted of performing jokes about his parents lying to him about Santa and "spicy" food, and him being able to get away with anything. Nathan's performance was not strong enough for the judges to send him to the Quarterfinals, eliminating him from the competition. 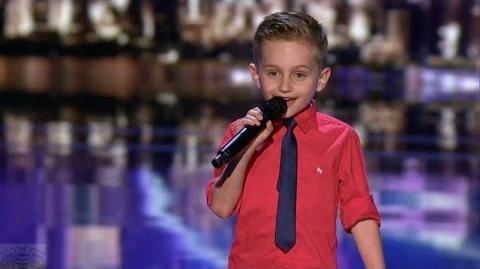